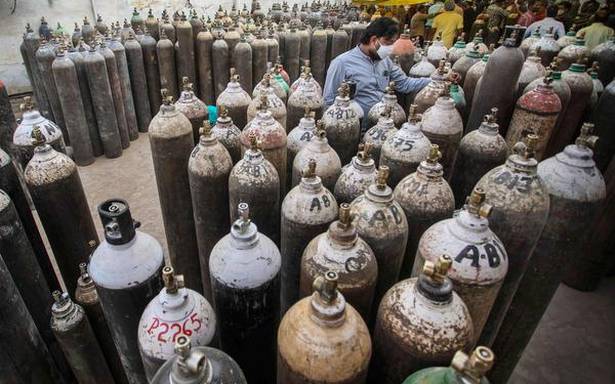 While three patients died at Anand Hospital, four died at the KMC Hospital in the city, reported NDTV

Seven patients died in two hospitals in Meerut district, allegedly due to scarcity of oxygen supply, doctors said at a time when the Uttar Pradesh government has asserted that there was no shortage of medical oxygen or medicines at any hospital.

While three patients died at Anand Hospital, four died at the KMC Hospital in the city, reported NDTV, the TV channel.

Anand Hospital’s Medical Superintendent Subash Yadav told the channel on Tuesday that the hospital had been facing acute shortage of oxygen for two days.

“We were allotted 400 cylinders in a day but were getting only 90, that too five or ten at a time. We were left with four cylinders. There was no oxygen for two hours. We lost three patients due to lack of oxygen,” he said.

Sunil Gupta, head of the KMC Hospital, said that though he could not pinpoint and say that the deaths had happened only because of lack of oxygen, “Not getting oxygen was an important factor.”

Mr. Gupta said his hospital was receiving only 50-60% of its required oxygen supply. While the availability of oxygen remains an issue, its distribution was also not well-organised, he said.