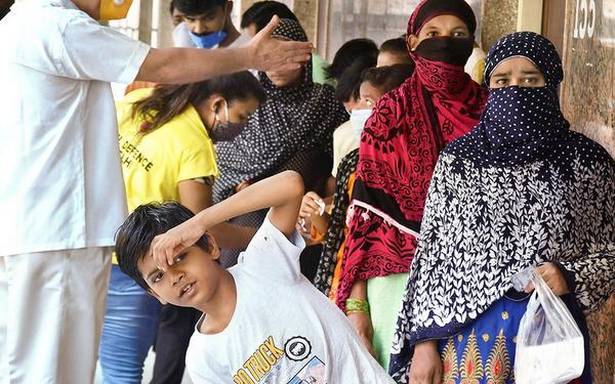 As many as 1,118 new COVID-19 cases were reported in Delhi in the past 24 hours, taking the total to 1,36,716, according to a health bulletin released by the Delhi government on Saturday.

A second serological survey, in which blood samples of random people from across the city will be taken to check how many have developed antibodies against COVID-19, began on Saturday. “The survey began in five districts on Saturday morning. It will start in the remaining six districts from Sunday,” a health department official said.

The result of a similar survey done from June 27-July 5, in which around 22,000 samples were taken, had shown that 23.4% of the population had developed antibodies.

The number of new cases has been dropping ever since it touched almost 4,000 — highest so far — on June 23. Daily new cases have been less than 1,500 for the past 16 consecutive days.

Out of the total 18,154 tests done in the past 24 hours, 71.6% were rapid antigen tests, which have shown low positivity in the city compared to RT-PCR tests.

The number of people admitted to COVID-19 hospitals has also been decreasing, from 5,892 on July 1 to 2,979 on Saturday.

The positivity rate, which is the percentage of people who test positive for the virus, has dropped from 12.2% to 6.1%.

The number of containment zones decreased to 496 on Saturday following a reassessment this week.