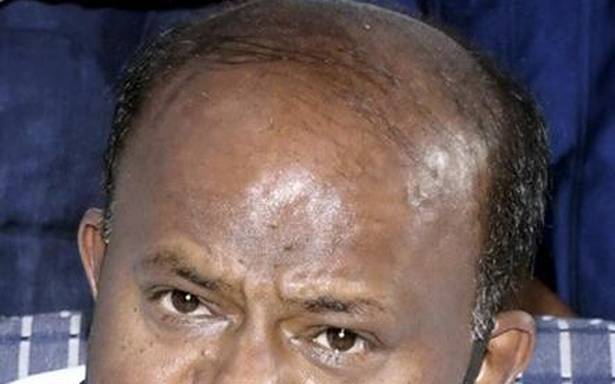 The ₹1,111.82 crore relief package announced by Chief Minister B.S. Yediyurappa on Wednesday has come under criticism as being too little to address the woes of the poor.

Terming the package as “unscientific”, Leader of the Opposition Siddaramaiah said the actual size of the package was just ₹483 crore. “The relief of ₹494 crore announced to construction workers should not be added to the package since the government is paying the money from what workers have contributed earlier to their welfare fund,” he said. Similarly, the deferring deadline for repayment of loans in the cooperative sector should not be part of the package, he said. Several communities in distress have been left out, he added.

KPCC president D.K. Shivakumar termed the package as “an eyewash”. If the government intends to help the poor, it should at least provide ₹10,000 as relief and distribute through panchayats and issue cheques, he said. “If apps are to be used and payment is made through banks, then the announcement will remain on paper,” he said, adding that even though the government announced packages last year, relief did not reach all.

Former Chief Minister and JD(S) leader H.D. Kumaraswamy termed the relief package as “disappointing and very little”. The relief provided to farmers is negligible in the light of increasing input cost, he argued.

Stating that the last year’s lockdown relief was yet to reach beneficiaries, he feared that it would repeat this year too. “How can families survive on ₹3,000 dole? This package is an eyewash,” he said. He estimated that there were about 55 lakh families in distress. Mr. Kumaraswamy said the BJP had unnecessarily appointed people to boards and corporations, resulting in wasteful expenditure. “Instead, sack them and use the money for public good,” he suggested.

Meanwhile, welcoming the deferment of payment of loans in the cooperative sector, Sugarcane Growers’ Association president Kurubur Shanthkumar said the State government should speak to the Centre to get a similar deferment in commercial banks for farmers.

He also said that the cash relief announced for the farmers is too little, and relief should be actual loss suffered by farmers. In the light of complaints of private hospitals fleecing farmers, the government should arrange for their free treatment in private facilities, he added.

05/19/2021 India Comments Off on COVID-19 package too little to address distress: Opposition
India