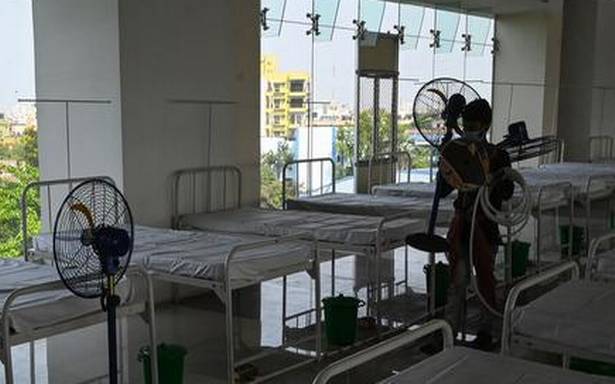 Elections to 43 Assembly seats, including 17 in North 24 Parganas, were held on Thursday.

As the COVID-19 situation continued to be critical, the Calcutta High Court on Thursday expressed dissatisfaction with the Election Commission of India over enforcement of safety norms in the ongoing West Bengal Assembly election. A Division Bench presided by T.B.N. Radhakrishnan said that only issuing circulars on COVID-19 safety was not enough.

“We are not satisfied with the materials on record to state that the Election Commission of India and its officers on ground in West Bengal have enforced their circulars,” the Bench said. The Court sought an affidavit from the ECI on the steps it had taken, on Friday.

The Court was hearing several Public Interest Litigation (PIL) cases on maintaining COVID-19 safety protocol during the ongoing elections. Speaking to mediapersons, one of the petitioners’ counsels said that the Court referred to former Chief Election Commissioner T.N. Seshan and how strictly he had enforced the orders of the Commission. Chief Electoral Officer Aariz Aftab said that the Commission had taken note of the observations of the Hon’ble High Court and was “seized and concerned about gravity of the situation”.