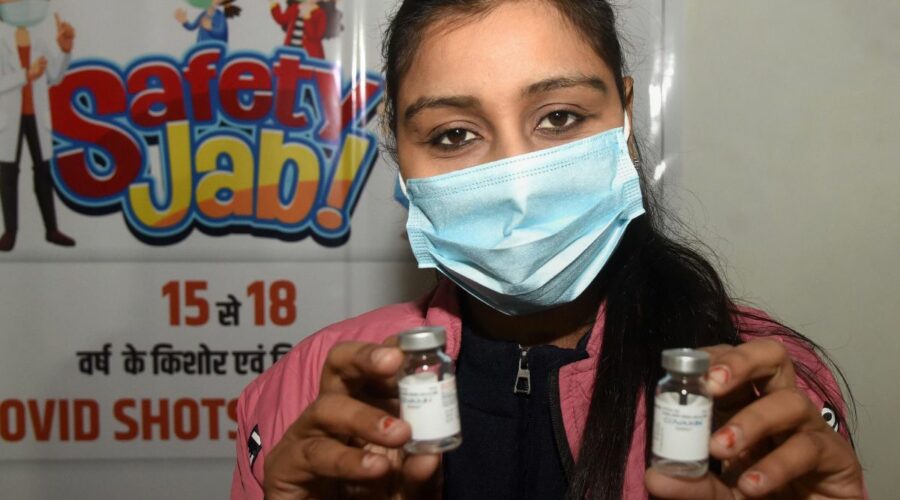 The company had in December said that the CDSCO had approved a 12-month shelf life for Covaxin, which was nine months earlier, reports Sohini Das.

As India started vaccinating its teenagers from Monday, Bharat Biotech, the maker of Covaxin, has picked up unused stock from private hospitals to relabel the shelf life.

Covaxin is the only vaccine available for vaccination drive for teenagers now.

The company had in December said that the Central Drugs Standard Control Organisation (CDSCO) had approved a 12-month shelf life for Covaxin, which was nine months earlier.

“The company, after receiving the approval from the regulator on the extension of shelf life to 12 months, has already begun lifting the unused stock from private hospitals a few weeks ago at its own expense for re-labelling. It will also conduct testing and inspection before relabeling,” a company source said.

COVID-19 vaccine shelf lives have been extended from time to time as more stability data was generated and manufacturers were able to submit it with the Drugs Controller General of India (DCGI).

Moreover, the CDSCO had noted that an opened vial of Covaxin can be stored at 2-8 degree Celsius for up to 28 days and is not required to be discarded immediately in a day or at the end of immunisation session.

After confusion arose around expired vaccine doses being administered to children (some parents took to Twitter to share their concerns), the Union health ministry clarified that such news were ‘false and misleading’.

‘There have been some media reports alleging that expired vaccines are being administered in India under its national COVID-19 vaccination programme. This is false and misleading and based on incomplete information,’ it said in a statement today.

It said the CDSCO had, in response to Bharat Biotech’s letter, approved the extension of shelf life of Covaxin (Whole Virion, Inactivated Corona­virus Vaccine) from nine months to 12 months on October 25.

‘Similarly, the shelf life of Covishield has been extended by the national regulator from six months to nine months on February 22, 2021,’ it said.

‘The shelf life of vaccines is extended by the national regulator based on comprehensive analysis and examination of stability study data furnished by the vaccine manufacturers,’ the ministry clarified.

Some hospitals, however, have not opted for relabelling as they are confident of using the stock within the stipulated shelf life mentioned.

A Bengaluru-based hospital said it was confident of using the stock by March (the expiry date mentioned on vaccine stocks) and, thus, it was not going for relabelling. The hospital has ordered fresh stock instead.

Several hospitals such as Manipal Hospitals Group, Fortis Healthcare, and Rain­bow Hospitals have placed orders for fresh stock of Covaxin.