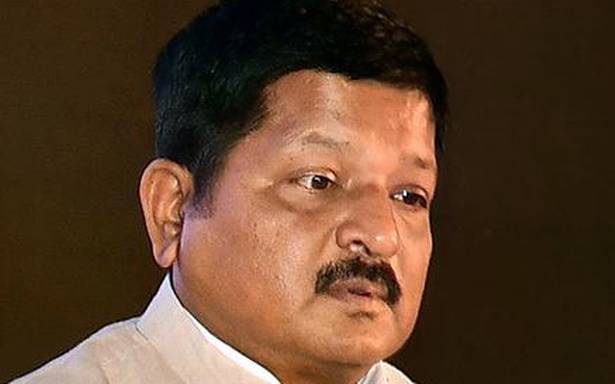 A local court in Cuttack district expressed strong displeasure over the sluggish pace of investigation into a murder case involving Odisha Law Minister Pratap Kumar Jena, alleged to be an accused.

The case pertained to the murder of Kulamani Baral, Bharatiya Janata Party (BJP) leader and former chairperson of Mahanga block of Cuttack, and his associate Dibyasingh Baral, who were brutally hacked to death at their village, Nrutanga, in January this year.

Ramakant Baral, son of the deceased Kulamani Baral, had filed a case at the Mahanga Police Station against 13 persons, including the Minister, alleging their involvement in the murder. After investigation, the police had filed a charge-sheet against 14 accused persons, but dropped the name of the Minister.

Subsequently, Mr. Ramakant Baral moved the Judicial Magistrate First Class (JMFC), Salipur, alleging that the investigating officer had undertaken a hasty probe, overlooking the allegation against Mr. Jena, even when he [Mr. Baral] had named the Minister in the First Information Report and statement recorded under Section 161 of the CrPC.

The JMFC on August 25 this year had directed the Inspector In-Charge (IIC) of the Mahanga police station to take up further investigation of the case against Mr. Jena as expeditiously as possible.

“It is also found that, till date, the IIC Mahanga has not submitted any case diary or report intimating this court about the action taken by him in pursuance to its August 25 order, directing him to take up further investigation in the case,” JMFC said while hearing the case afresh.

The court directed the police to take immediate steps for the collection and preservation of the call detail records (CDR) of material persons, namely Bapi Biswal, Sarat Nayak and the deceased Prafulla Biswal, for a period between December 2020 and February 2021; to intimate the court by November 25, and also submit an up to date case diary.

The police were also directed to collect the CDRs of all the accused and obtain a certificate in accordance with Section 65B of the Indian Evidence Act.