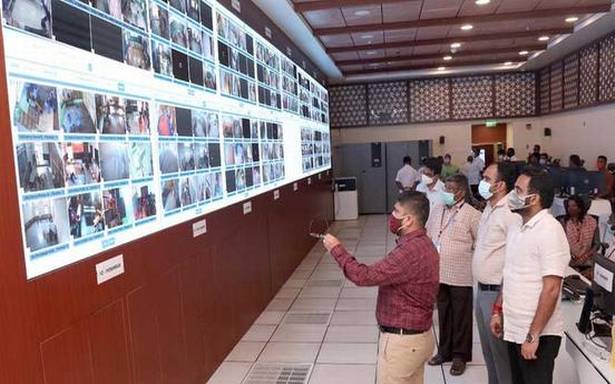 Proceedings in 607 booths to be webcast to prevent any malpractice: Prakash

The Greater Chennai Corporation is going the whole hog to ensure a trouble-free election in the 16 Assembly constituencies in the city on Tuesday.

Mr. Prakashtold The Hindu that more than 55,000 officials and police personnel would be on election duty on Tuesday. The war room would be monitoring live the entire polling through the several television screens installed. Also for the first time, webcasting of the polling booths in the city would be monitored live by the Chief Electoral Officer, the District Election Officer, and the 16 returning officers, along with a facility provided for the Election Commission of India in New Delhi, to ensure fairness and transparency, he said.

The Corporation, which has 5,911 polling booths in 1,061 stations, has installed CCTV cameras in nearly 2,960 booths for webcasting. The webcasting would cover 607 booths identified as vulnerable and trouble-prone. Mr. Prakash said the webcasting would not only help prevent any malpractice but also provide a record to be verified in case of any complaints.

Regarding the measures taken to avoid snags in EVMs, he said 4,500 EVMs of the 14,726 EVMs to be deployed have been kept as back-up.

Mr. Prakash said voters would not be allowed to vote if they turned up without wearing masks. The civic body had allotted a separate time for COVID-19 patients to vote between 6 p.m. and 7 p.m. by providing personal protective equipment (PPE) kits, he added.