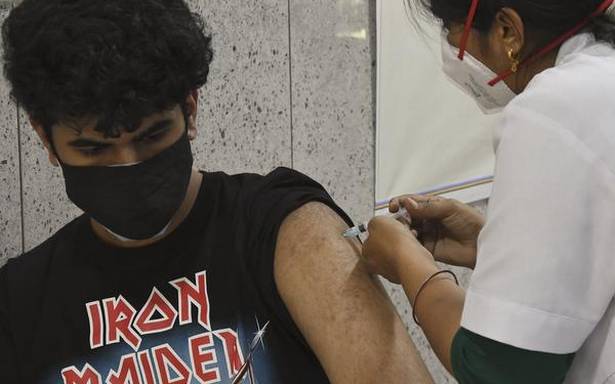 16.83 lakh samples were analysed in the country on Sunday

Tamil Nadu reported 27,936 new infections, followed by Karnataka (16,604) and Maharashtra (15,077). Maharashtra recorded 500 new casualties on the day, followed by Tamil Nadu (478) and Karnataka (411). Maharashtra’s fatalities include backlog deaths which were missed in the previous reports. The figures do not include cases and deaths from Chhattisgarh, Jharkhand, Arunachal Pradesh, Andaman and Nicobar Islands, Tripura and Ladakh. The data are sourced from the respective States’ health bulletins.

Only 16.83 lakh samples were tested in the country on Sunday (the results for which were made available on Monday), which is nearly 3.81 lakh fewer tests than those conducted on Saturday. It is also 2.45 lakh less tests than those conducted on the previous Sunday (May 23). India’s average daily test positivity rate (positive cases identified for every 100 tests) continues to decline. It was 9% on May 30 compared to 12.7% recorded a week before.

About 10.18 lakh vaccine doses were administered in the country in the 24 hours ending 7 a.m. on Monday, which is 20.18 lakh doses fewer than that of the previous 24 hours. However, it is around 75,000 more doses than what was recorded during the same period a week ago.

Between May 1-30, an average of 17.81 lakh doses were administered daily in the country which is significantly lesser than the 29.96 lakh average daily doses given between April 1-30.