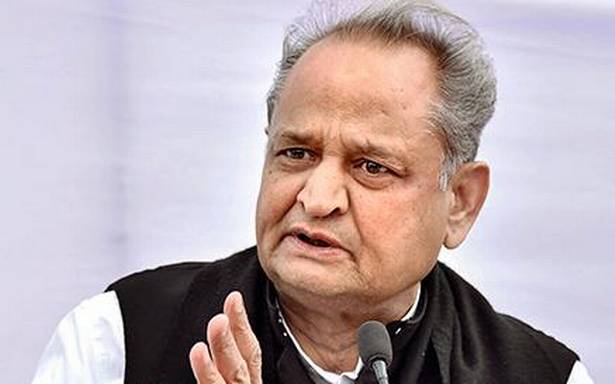 Mr. Gehlot appealed to the people who had come back from Britain recently to get themselves tested for the infection

Rajasthan Chief Minister Ashok Gehlot urged the Centre on Tuesday to reconsider its decision to resume flights from Britain from January 8, in view of the cases of the mutant strain of the virus causing the COVID-19 infection increasing in the country.

“If flights from foreign countries were stopped in January 2020 at the beginning of the COVID-19 outbreak, this situation probably would not have happened today,” Mr. Gehlot tweeted. He said the Union government must ensure that the new strain did not spread like the current one after the resumption of flights.

Mr. Gehlot appealed to the people who had come back from Britain recently to get themselves tested for the infection in order to prevent the new strain from spreading further. Three persons in Rajasthan’s Sriganganagar district were found to be infected with the U.K. strain of the virus. They had returned from Britain on December 18.

In another tweet, Mr. Gehlot said the “mutual rhetoric” between Serum Institute and Bharat Biotech after the approval of their vaccines by the Drugs Controller General of India was “unfortunate”.

“It is a sensitive issue in which the Prime Minister must intervene,” he said.