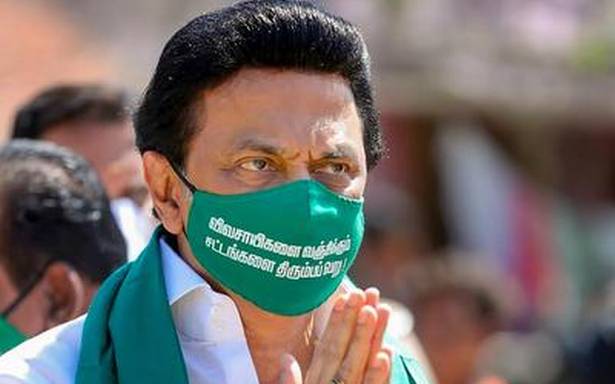 The DMK president, in his letter, also urged Chief Minister Edappadi K. Palaniswami to move the Supreme Court and challenge the legality of the Farm Acts

DMK president M.K. Stalin wrote to Chief Minister Edappadi K. Palaniswami on Tuesday urging him to immediately convene a special session of the Tamil Nadu Assembly, pass resolutions against the Farm Acts and also move the Supreme Court challenging the legality of the legislations.

The DMK had filed cases against the three legislations in the Supreme Court on the basis of the federal rights given by the Constitution, Mr. Stalin said. He said only States can get to know the needs of farmers, fulfil them and protect them. It has been the State government that has, over the ages, saved farmers from middlemen and ensured that they get a fair price for their produce, he said.