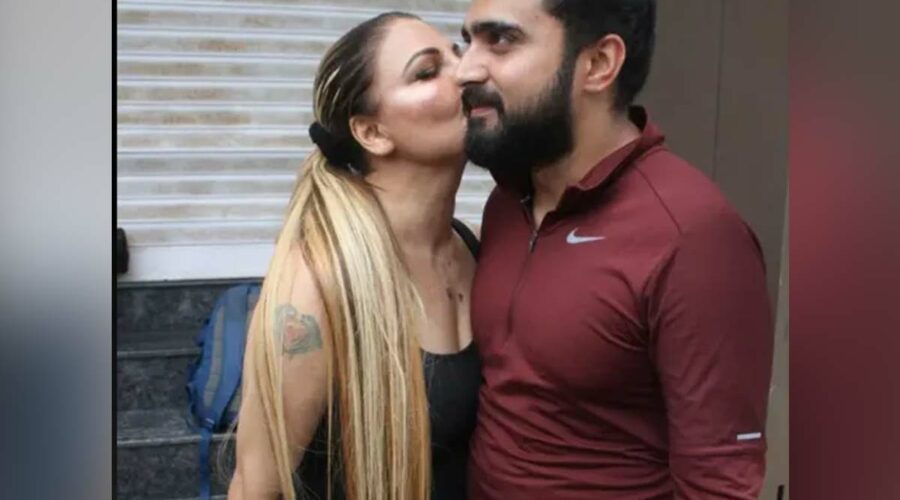 The controversial actress Rakhi Sawant was recently in the news headlines when she got a pleasant surprise, when her boy friend came to Mumbai to meet her. Rakhi went to the airport to receive Adil Khan and welcomed him by showering him with rose petals.  The actress is often trolled on social media for various reasons.  Recently during the media interaction, she revealed she is not bothered by social media troll. She states that trolls can only abuse her but can never harm her and so she does not care about it.  According to her, trolling helps one to improve.

When Rakhi Sawant was asked if she regrets not getting good Bollywood projects, to this she replied how she often gets only rape or kissing scenes. She reveled that in past she lashed out at the filmmakers for not offering her good roles and went on to say that she does not get a chance to act.

Rakhi Sawant added, “I am working for number of web series and several movies but considering my image, I am getting only rape scenes. But I do not want to do. Rape scenes, kissing scenes, why should I do it? I have good dancing skills and i have done several item songs. Give me a chance to act. I don’t get a chance to act there and that is the main reason I act in front of  the media.”

07/22/2022 India Comments Off on Controversial actress says, “Kissing scenes, rape scenes, why should I do it?”
India