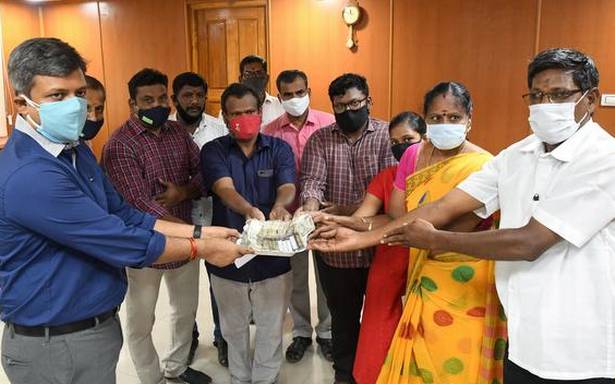 In a noble gesture, members of 1997-II batch of Tamil Nadu Police constables mobilised ₹12.47 lakh towards assistance to family members of one of their batchmates, S. Uma Vasuki, who was killed in a road accident.

Representatives of the batch handed over a cheque meant for the three children of the deceased woman head constable to Commissioner of Police Prem Anand Sinha here on Thursday. One of the batchmates, L. Veeraraghavan, said Vasuki was killed while she was travelling to hand over a similar fund to another batchmate in February.

The fund was collected from their batchmates. The 1997-II batch has over 5,000 members. The batchmates also gave funds to three other members who were injured towards their medical expenses.