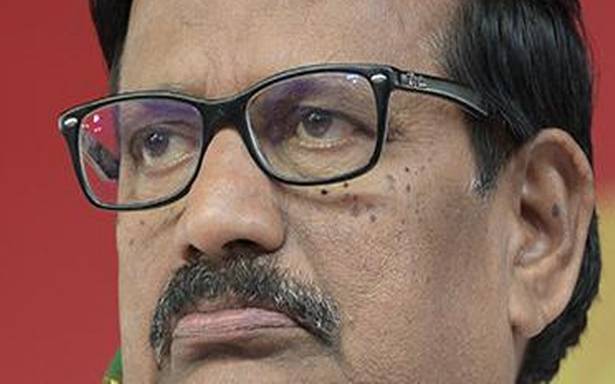 The Tamil Nadu Congress Committee will hold a massive rally against the three Farm legislations in Tiruvannamalai on October 11 in which former Union Minister P. Chidambaram and top leaders of the TNCC will participate. The party will also release a booklet on why the Congress is opposing these Farm legislations.

“When farmers organisations or opposition parties had not put forth any representations [for such legislations], what was the Central government’s hurry to pass the three Bills in Parliament without consulting the State governments? For whose benefit were these passed? The BJP does not have any answer to these questions. These three legislations are integrated with one another and will destroy the livelihood of farmers,” TNCC president K.S. Alagiri said in a statement on Thursday.

Mr. Alagiri said in the past six years, contrary to the BJP’s 2014 election manifesto promise of ensuring 50% higher prices for produce above MSP and doubling farmers’ income by 2022, farmers have been getting less than MSP and have been incurring losses, increasing their debt burden.

The three legislations encourage private enterprises in agriculture, and farmers will lose out by not even getting the Minimum Support Price, he said terming it as a big betrayal by the Modi government to the farmers in the country.

Mr. Alagiri said the Congress was protesting across the country to protect farmers and will hold a rally on October 11 in Tiruvannamalai against the legislations.