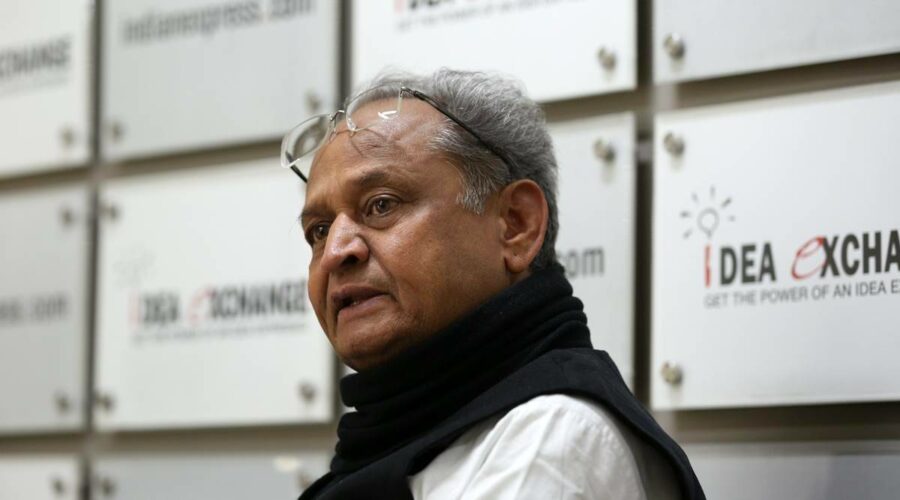 Following his meeting with KC Venugopal, Ashok Pilot said that the cabinet expansion should be done “very soon, as elections in the state are just 22-23 months away” and so the party should ensure the workers feel represented in the government. After meeting Sonia Gandhi, Gehlot said: “The high command will decide as to when a reshuffle has to take place. We have left it up to the high command. Whatever was inquired from me about Rajasthan, I have briefed. Our general secretary Ajay Maken keeps visiting (Rajasthan) and he has all the (necessary) information. I hope that he talks with Congress president, with Rahul Gandhi…all the conversations that have taken place, they’ll make a decision on that basis and it will be acceptable to all of us.”

Gehlot, however, said that the media should be “patient”. Taking a swipe at the journalists, he said that they go ahead and declare the “date” which even he does not know.

About his Wednesday meeting with Gehlot, Venugopal and Priyanka, Maken had said that they had discussed the “political situation and roadmap for 2023 elections” in Rajasthan but importantly, “confusion on a lot of issues has been cleared”. He too, however, dodged the question of when the cabinet expansion would be done.

Gehlot’s meeting with Gandhi comes a day after he had met AICC general secretaries Priyanka Gandhi Vadra and KC Venugopal, and AICC in-charge of Rajasthan Ajay Maken for a “detailed” meeting on Rajasthan and 2023 Assembly elections in the state. Before Gehlot, former Deputy CM Sachin Pilot also met Venugopal on Wednesday morning and returned to Rajasthan.

Also, on Wednesday, following his meeting with Venugopal, Pilot said that the cabinet expansion should be done “very soon, as elections in the state are just 22-23 months away” and so the party should ensure the workers feel represented in the government.

“I kept my view on the political situation in the state (before Venugopal). We have been talking of change since the beginning, wherever necessary. And I repeat, it has been about three years (since the formation of the Congress government in Rajasthan). The Congress workers who sacrificed everything for Congress, who played a very important role in the formation of the government – we politicians give speeches but they go to the booth and hold the Congress flag and fight (for the party) – I demanded that they be given suitable respect and honour. And even today, I maintain it, whether it is political appointments or representation – those who defeated the BJP government with dedication, these workers should feel represented in the government,” Pilot said in Tonk on Wednesday.

On Thursday, speaking in Dausa, Pilot said that he believes that decisions regarding “the organisation and the government will be taken very soon. The committee constituted by Sonia Gandhi ji about years ago has completed its task and I believe we will soon be in a situation to make a decision.”