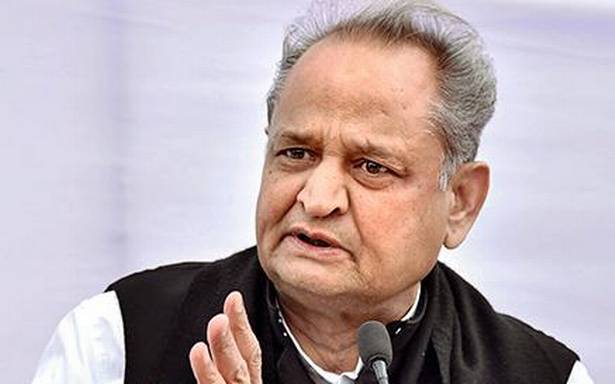 Mr. Gehlot said that according to feedback from people, there is no anti-incumbency factor against his government

Rajasthan Chief Minister Ashok Gehlot on Saturday said his government will complete its full tenure of five years, amid internal rumblings in the Congress in neighbouring Punjab, where Amarinder Singh resigned as CM; and Chhattisgarh.

Speaking at a programme at his residence here to launch the ‘Prashasan Sharon ke Sang and Prashasan Gaon ke Sang’ campaign, Mr. Gehlot said there was speculation doing the rounds about Rajasthan and Chhattisgarh also after Punjab.

"The Congress government in Rajasthan will not only complete its five years but will again come back to power in the next assembly elections in the state," he said.

Mr. Gehlot said that according to feedback from people, there is no anti-incumbency factor against his government.

In Rajasthan, former Deputy Chief Minister Sachin Pilot and Mr. Gehlot have been locked in a leadership tussle, while in Chhattisgarh after Chief Minister Bhupesh Baghel completed two and a half years on the post in June, the T.S. Singhdeo camp claimed that the Congress leadership in 2018 had agreed to give the post to him after the government completed half its term.

Amarinder Singh resigned as Chief Minister, claiming that he was humiliated by the Congress, drawing a strong response from the party, with senior leader Harish Rawat saying that the party always gave him respect.

On the launch of the campaign, Mr. Gehlot also said that he will allot the Urban Development and Housing Department again to Shanti Dhariwal, if the Congress wins in the next Rajasthan elections, as he has done hardwork with regard to the campaign.