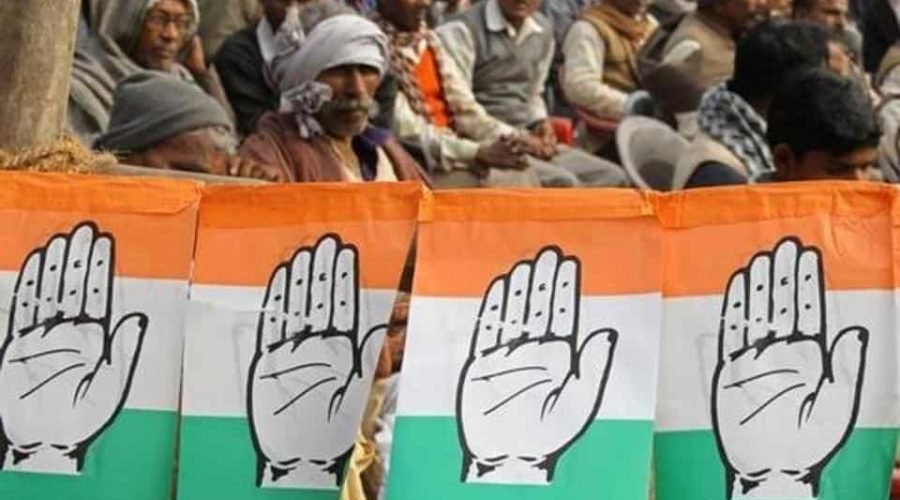 The Bihar and Gujarat incharges of the Congress on Tuesday offered to resign before a special committee formed in August to assist party chief Sonia Gandhi on organisational matters, people familiar with the development said, as rumblings in the organisation continued in the wake of its dismal electoral performances.

Shaktisinh Gohil, the Congress’s Bihar incharge, and Rajeev Satav, who looks after the party affairs in Gujarat, offered to resign in the meeting, according to a Congress functionary who spoke on the condition of anonymity. This leader said that Manipur incharge Bhakta Charan Das, also attended the online meeting.

While there was no official word on what transpired in the meeting, repeated calls to Gohil and Satav went unanswered.

The meeting was held in the backdrop of the outcome of the Bihar assembly elections and by-elections to 58 seats across 11 states.

In Bihar, the Congress won just 19 of the 70 seats it contested and, according to some analysts, impacted the chances of the opposition alliance to oust the National Democratic Alliance (NDA) government. The party failed to win any seat in the by-elections to Gujarat, Uttar Pradesh, Karnataka, Manipur, Nagaland, Odisha and Telangana.

In the wake of the outcome, a war of words has erupted in the party after senior leader and former Union minister Kapil Sibal, one of the 23 signatories to a letter to the Congress president in August that sought internal elections and an organisational overhaul, questioned the leadership on the poll debacle and asked if it was “business as usual”.

The Congress functionary quoted above said that the committee members told Gohil and Satav on Tuesday that the panel is not the right forum to offer their resignations. They also told them that it does not have the mandate to accept or reject their resignations as only the Congress president has such a mandate.

Instead, the committee told the incharges that they should identify the reasons for the party’s poor show in the three states and submit a detailed report, said the functionary.

He added that the meeting was initially called to discuss the status of the party’s nationwide campaign against three new farm laws, which have been opposed by some quarters, but later the members asked Gohil, Satav and Das to join and discuss the poll outcome.

The six-member special committee was formed by Gandhi as part of the party’s reshuffle drive carried out in September. It comprises AK Antony, Ahmed Patel, Ambika Soni, Mukul Wasnik, KC Venugopal and Randeep Singh Surjewala. Only four members of the panel — Soni, Venugopal, Surjewala and Wasnik (who was a part of the 23 dissenters) — attended Tuesday’s meeting.

Patel is in the being treated in Gurugram’s Medanta Hospital after having tested positive for Covid-19. Antony is awaiting a report of his test after developing symptoms.

A member of the group of 23 leaders who had written the August letter termed the offer of resignations a “drama enacted to hide their failures” and demanded broad-based consultations on the poll outcome.

“Anybody in the Congress will tell you that any meeting to discuss electoral setbacks without the presence of either Sonia Gandhi or Rahul Gandhi is meaningless,” he said, pointing out that the two top leaders were not present at the meeting.

“Why didn’t Surjewala offer to resign? It is strange. He was the face of the Congress in Bihar and looking after the party’s election management there. This meeting was a farce,” said the leader on condition of anonymity.

Differences in the Congress have surfaced again after the election results. As Sibal spoke out publicly and insisted that the Congress needs efficient and senior leaders to manage elections, Rajasthan chief minister Ashok Gehlot countered him and claimed that his remarks have “hurt the sentiments” of workers and reminded him that the party had been through crisis several times in the past.

On Tuesday, senior Congress leader and former Union minister Salman Khurshid, too, took a dig at Sibal. In a Facebook post, Khurshid said if the mood of the electorate is resistant to the liberal values the party has espoused and cherished, it should be prepared for a long struggle rather than look for short cuts to get back into power.