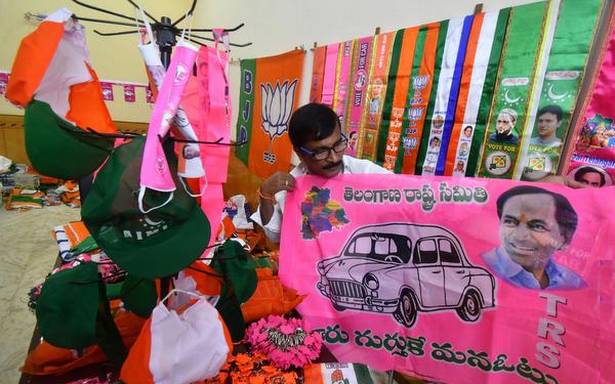 He met State Election Commissioner C. Parthasarthi and submitted a memorandum demanding immediate removal of TRS party advertisements on all pillars of L&T metro rail, which is a public-private partnership firm with State and Central governments funding.

TRS party has put up advertisements on RTC bus shelters and public toilets too, he said.

The TPCC president also alleged that BJP and MIM were working together to polarise voters on religious lines. Citing an example, he said MIM has helped BJP come to power in Bihar Assembly elections. “Everyone knows that if there was no MIM, RJD-led Mahagatbandhan would have come to power in Bihar. Despite making claims that it protects the interest of Muslims, MIM is strengthening the BJP at all levels,” he alleged.

He said the Congress party was contesting the GHMC elections with the slogan ‘Reject communal BJP-MIM, Reject corrupt TRS and vote for Congress for development’.