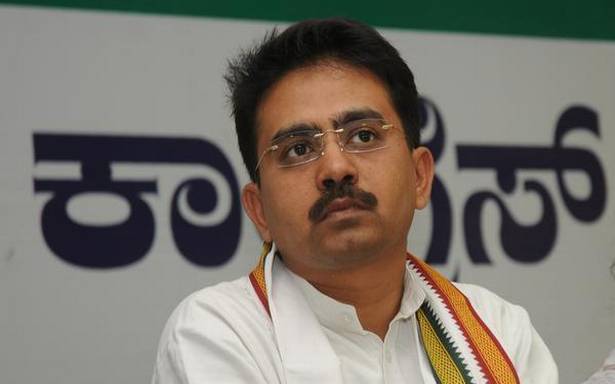 The 47-year-old leader was nominated to the Rajya Sabha in March last year.

Senior Congress leader and Rajya Sabha member Rajeev Satav passed away on May 16 following post-COVID-19 complications at a hospital in Pune where he was admitted on April 23.

Mr. Satav was nominated to Rajya Sabha in March last year. The 47-year-old MP is survived by wife and two children.

Often identified among Congress leader Rahul Gandhi’s supporters, he was a permanent invitee of the Congress Working Committee.

“I’m very sad at the loss of my friend Rajeev Satav. He was a leader with huge potential who embodied the ideals of the Congress. It’s a big loss for us all. My condolences and love to his family,” Rahul Gandhi tweeted.

He was also former Lok Sabha MP from Hingoli constituency in Maharashtra. In September last year, he was among the eight MPs who were suspended by Rajya Sabha Chairman Venkaiah Naidu over alleged unruly protests by the Opposition members against the passing of the three controversial farm laws. Along with others, he spent the night on Parliamentary premises carrying on with their protest.

Maharashtra Pradesh Congress Committee chief Nana Patole said, “This is extremely shocking news…I feel like I have lost my younger brother. Mere words cannot do justice to this loss which is a big blow for the Congress. He was a leader who took everyone along with him. It is especially dispiriting that he passed away at such a young age.”

“Rajeev Satav’s loss is dispiriting for us [his colleagues and friends] and for the Congress in the country and in Maharashtra. It is unbelievable that he is no more. Within in a short span of time, through the sheer dint of his abilities, he shot through the ranks, to rise meteorically from the Zilla level to shoulder big responsibilities for the party at the national level. He will be keenly missed,” Maharashtra PWD Minister and former Chief Minister Ashok Chavan said.

Maharashtra Health Minister Rajesh Tope said, “it is an unfortunate and irreparable loss… not just for his family and his party but for all of Maharashtra… I rushed to Pune on hearing his condition had deteriorated… my family has had associations with his family for two generations now. We both are leaders from the Marathwada region and that region will intensely feel the shock of his death.”

(With inputs from Shoumojit Banerjee)