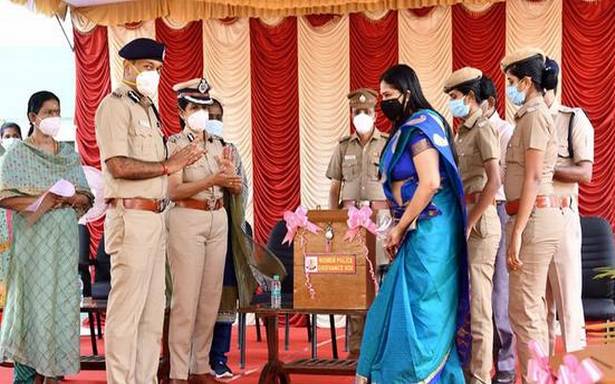 Commissioner of Police Mahesh Kumar Aggarwal on Wednesday launched complaint/suggestion boxes at four places in the city to redress the grievances of women personnel.

A senior police officer said more than 2,000 women personnel were working in the Armed Reserve Units of the city police.

The boxes had been installed so that they could seek redressal of their grievances quickly or could pass along any suggestion to improve the working conditions of the police force.

Many of them have reported already that there was a lack of basic amenities wherever they were deployed for bandobust.

They could also complain about workplace sexual harassment. The boxes were installed at the Armed Reserve Units in St. Thomas Mount, Pudupet and two more places.

The officer also said the boxes would be opened once in two weeks, and action would be taken within a week. Action taken reports would be submitted to the Commissioner.