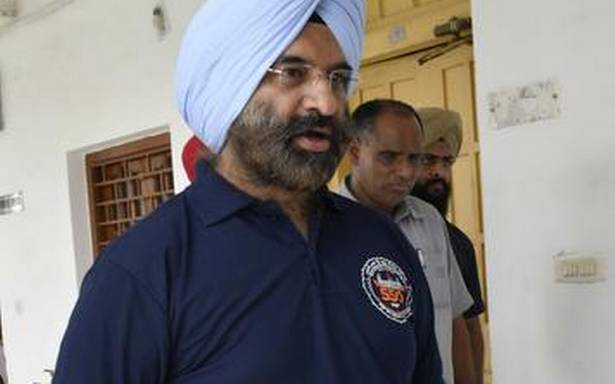 Khuehami says he has lodged a complaint against SAD, BJP leaders’ remarks on an inter-faith marriage

Nasir Khuehami, spokesperson of the J&K Students Association, on Saturday said he had lodged a complaint against Shiromani Akali Dal’s Manjinder Singh Sirsa and the Bharatiya Janata Party’s (BJP) Ravinder Raina and Amaan Bali over their “communal” remarks, made in reference to a Sikh girl marrying a Muslim boy in Kashmir.

Mr. Khuehami tweeted: “After I was dodged and refused to lodge an FIR, I moved court on Saturday and filed a complaint against Sirsa, BJPs’ J&K president Raina and Bali for distorting peace, communal harmony and spreading lies against Kashmiris. The case is listed on Monday for arguments.”

Mr. Khuehami said he first attempted to lodge a complaint in Bandipora and later in Srinagar, adding, “However, I was dodged.”

Mr. Khuehami has accused Mr. Sirsa of making “ugly statements that pose grave danger”. “It poses danger not only to communal harmony but also, on the societal level, puts into peril the security of Kashmiris outside, as often the common man on ground zero gets brainwashed by the false and fake propaganda unleashed,” he said.

Mr. Sirsa, who headed a Delhi Sikh Gurdwara Management Committee delegation to Kashmir, alleged that a Sikh girl was forced to convert and marry an elderly man from another community in Kashmir. However, the Sikh girl, in a video, claimed she had married a Muslim man out of love. She was returned to her family by the police and was “re-married” to a Sikh man earlier this week.

“Outside Kashmiri students have been hit hard and are likely to be major victims of false allegations levelled by Mr. Sirsa and his companions against Kashmiris, terming them as a forcible brand of converting army,” Mr. Khuehami alleged.

Officials could not confirm if Mr. Khuehami’s complaint had been lodged.