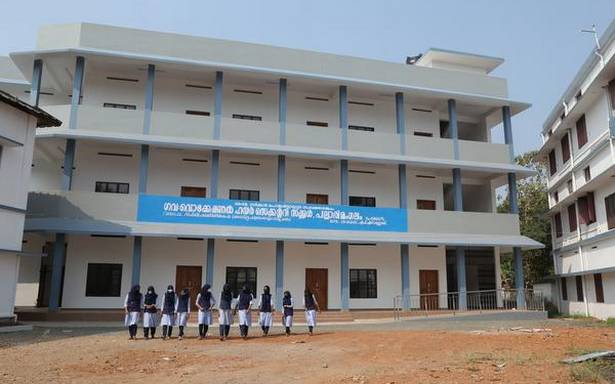 They were constructed under govt.’s ‘Vidya Kiran’ project

Mr. Vijayan will inaugurate the buildings as part of the State-wide programme to be held online. The second phase of construction at GVHSS, Pallarimangalam, was completed at a cost of ₹3 crore. The new three-storey building has nine high-tech classrooms and a digital library.

Nearly ₹1.8 crore was spent on the new building for GLPS, Valayanchirangara. The facilities include three classrooms, library, and laboratory, according to the release.