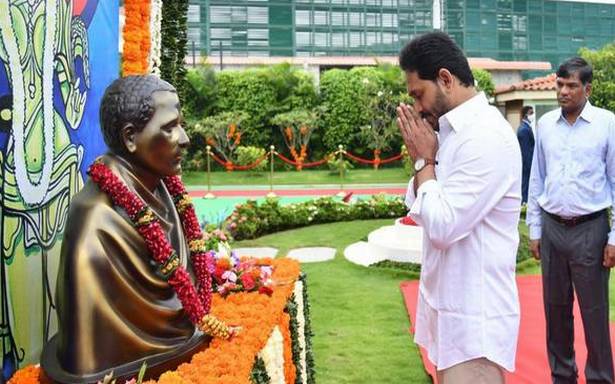 Chief Minister Y.S. Jagan Mohan Reddy hoisted the National Flag and paid floral tributes to Potti Sriramulu on the occasion of Andhra Pradesh Formation Day, at his camp office on the morning of November 1. He also received a guard of honour from the policemen.

Meanwhile, conveying Andhra Pradesh Formation Day greetings through Twitter, Prime Minister Narendra Modi said people of the State are known for their skills, determination and tenacity and that was the reason for their success in many fields.