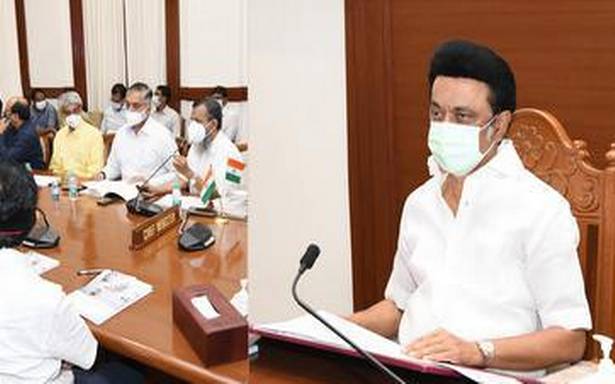 Chief Minister M.K. Stalin chaired a meeting of the Chennai Flood Disaster Mitigation and Management Committee in the Secretariat on Monday.

In October last year, the State government constituted the committee, which noted that Chennai was prone to natural disasters and cyclones.

Chennai’s terrain was flat with most of the area at an average elevation of 2 metres above the Mean Sea Level and some of them were even below the sea level, according to a Government Order.

The districts of Chennai, Chengalpattu, Kancheepuram and Tiruvallur had over 2,500 tanks and the surplus water was discharged through the Adyar, the Cooum, the Kovalam and the Kosasthalaiyar. The combined hydrological effect of all these factors makes it difficult to manage inundation and de-watering during monsoon.