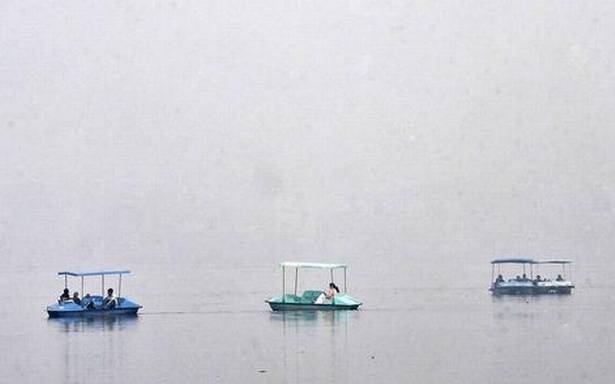 “The situation is very bad. We have to wear masks even at home.”

As the air quality in Delhi continued to remain ‘severe’, Chief Justice N.V. Ramana suggested a two-day lockdown in the National Capital to curb pollution.

In a special hearing on Saturday, a three-judge Bench also comprising Justices Chandrachud and Surya Kant urged the Union and Delhi governments to take emergency measures.

"The situation is very bad. We have to wear masks even at home," the CJI said.

Schools have been opened now. Little children are out on the roads to reach their schools. You are exposing little children to pollution, pandemic and dengue, said Justice Chandrachud. He accused the Delhi government of "exposing children’s lives and lungs to grave pollutants," by allowing the schools to function.

Justice Surya Kant questioned the Delhi Police over laxaity in implementing firecracker ban. "Everybody blames farmers. What about the ban on fire crackers? What has been happening for the past five or six days?"

The Centre informed the top court that a meeting scheduled on Saturday with Delhi and its neighbouring States with focus on emergency measures.