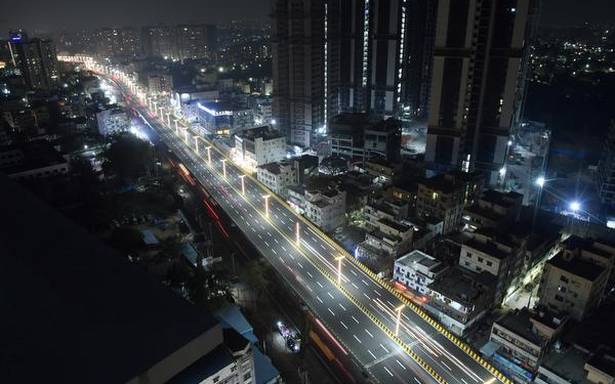 Union Minister for Tourism G. Kishan Reddy urged the State government for allocation of land for establishment of Science City and development of Regional Ring Road, so that the works could be taken up as early as possible.

Addressing a meeting after launch of the flyover in the city between Shaikpet and Whisper Valley here on Saturday, Mr. Reddy said the Central government is committed for the development of Hyderabad, and sought cooperation of the State government in this regard.

The Centre is keen on establishment of Science City which would require 25 acres of land.

Works could be started as soon as the State government completes land acquisition, Mr. Reddy said.

Regional Ring Road, which was sanctioned by the Centre, could be a game changer for the development of Hyderabad, he said, and requested the State government to complete the land acquisition process as early as possible.

Development of National Highways has speeded up in Telangana during the last 7.5 years when compared with the previous 75 years, he said, and indicated that more highways are in the pipeline.

Minister for Municipal Administration and Urban Development K.T. Rama Rao reiterated his request for land clearance from Defence Ministry for the sky ways from Patny to Kompally and from Jubilee Bus Station to Turkapally.

Repeated requests have not yielded any response from any of the four Defence Ministers over the past six years, he said, and urged Mr. Reddy to use his offices to secure the clearance.

He also made requests for opening of 21 roads in the Cantonment area, which had been arbitrarily closed by the Defence establishment and for allocation of land belonging to the Home Ministry at Rasoolpura Junction for SRDP, besides seeking the Centre’s cooperation in obtaining recognition for Hyderabad as UNESCO Heritage City.

He assured complete cooperation from the State government with regard to establishment of Science City and development of Regional Ring Road.

The Shaikpet flyover running a length of 2.7 kilometres is touted as the longest in the city.

It covers four junctions at Seven Tombs, Film Nagar, OU Colony and Whisper Valley respectively, and establishes a signal free corridor of 11 kilometres between Nanal Nagar and Khajaguda up to ORR. Constructed at a cost of ₹333.55 crore, it serves as an intermediate ring road connecting Inner and Outer Ring Roads, and also facilitates traffic movement to the corridor from Biodiversity Junction to JNTU Junction, GHMC officials informed.