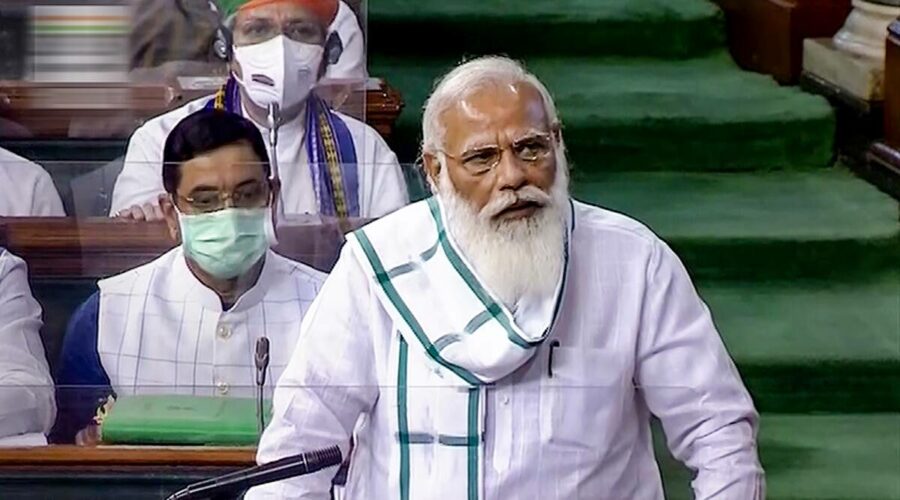 PM Modi said there has been a deliberate attempt to mislead people that there’s a shortage of Covid-19 vaccines in the country. He said the Congress is in a “coma” and it has not been able to digest the BjP coming to power, sources said. 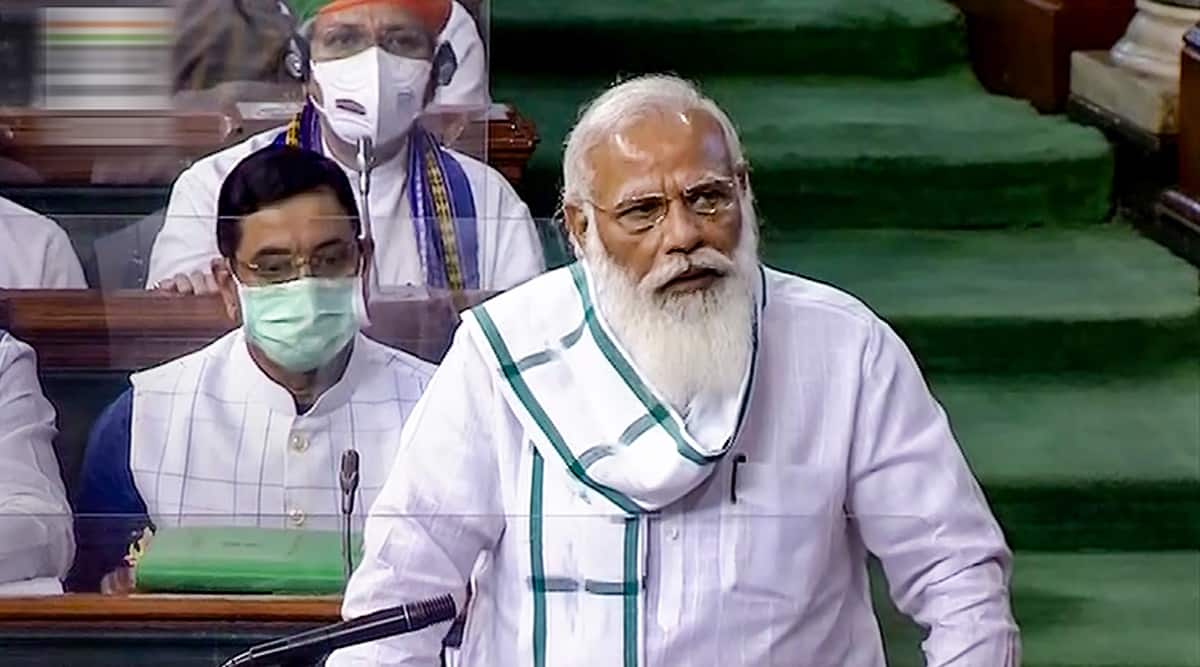 Taking a strong exception to the Opposition’s attack in Parliament over the government’s Covid-19 response, Prime Minister Narendra Modi Tuesday is learned to have asked his party colleagues to counter their charges citing the availability of the vaccine.

The PM said there has been a deliberate attempt to mislead people that there’s a shortage of Covid-19 vaccines in the country. He said the Congress is in a “coma” and it has not been able to digest the BjP coming to power, sources said.

Addressing the BJP MPs at its parliamentary party meeting, the PM reportedly said the party leaders should be prepared to face the anticipated third wave of the coronavirus pandemic.

A party leader said the PM asked the MPs to ensure that the vaccination drive in their respective constituencies is carried out without any glitches.

Meanwhile, Congress leader Mallikarjun Kharge said the government should discuss the Covid situation inside the house before making the presentation for the floor leaders outside The Health Secretary is expected to give a briefing on the pandemic situation and the vaccination program this evening for the MPs. 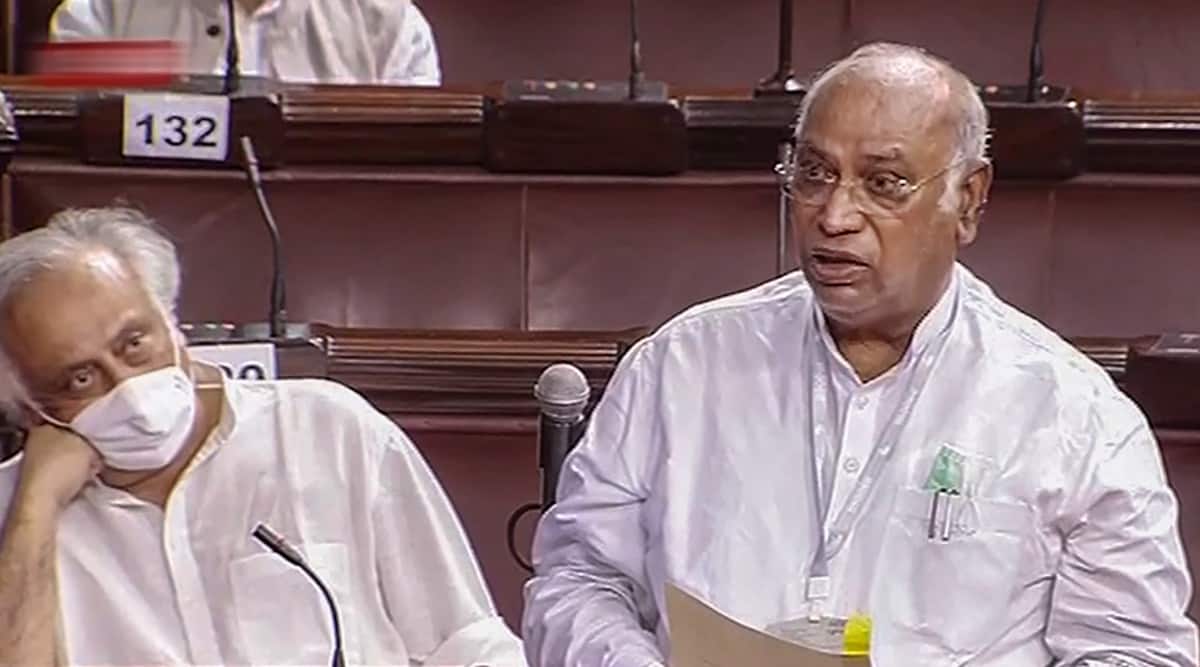 Modi is expected to attend the briefing.

“First discussion and then presentation. If he (PM Modi) wants to give a presentation on COVID, he should give it in the Central Hall separately to MPs and Rajya Sabha members. MPs should be allowed to discuss COVID-related issues in their constituencies,” Kharge told reporters outside Parliament House.

Both Houses had witnessed chaotic scenes and repeated adjournments on Monday also with the opposition protesting against the fuel price increase, farm laws and the Pegasus scandal. 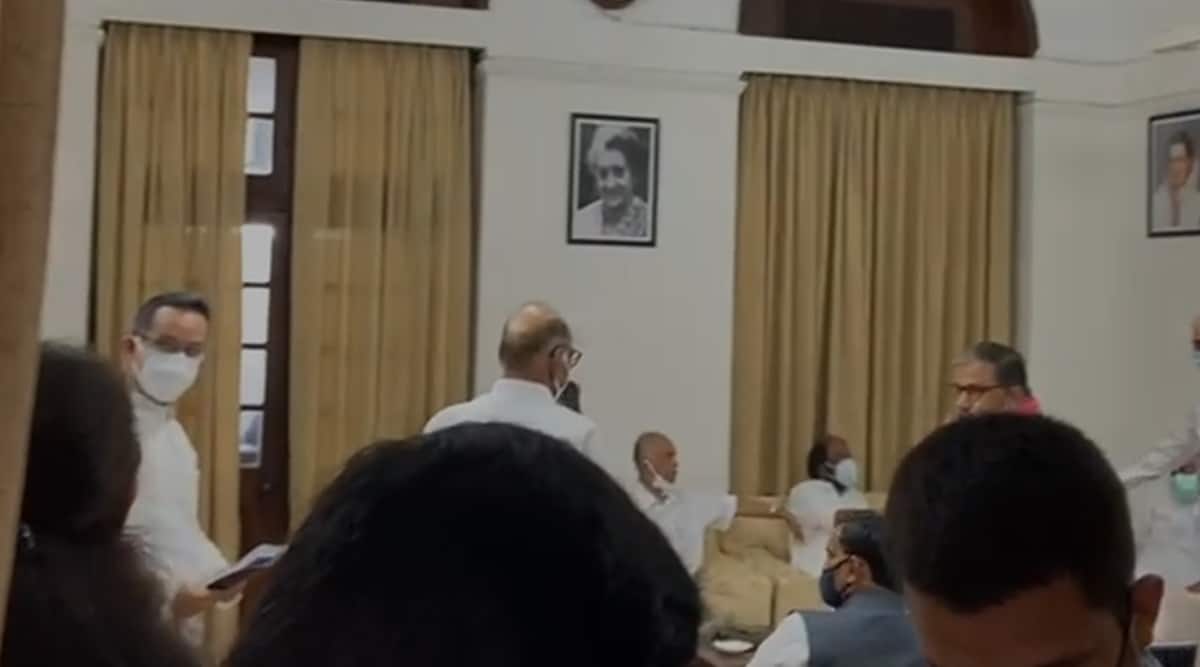 Both Houses adjourned amid Opposition’s ruckus over Pegasus snooping scandal

On Tuesday, armed with reports of political leaders who were allegedly under surveillance, the Opposition is all set to take on the government in both Houses of Parliament on the issue of alleged snooping through Israeli spyware Pegasus on political leaders, bureaucrats, journalists, and others.

As of now, Lok Sabha is adjourned till 2 pm and Rajya Sabha till 1 pm. 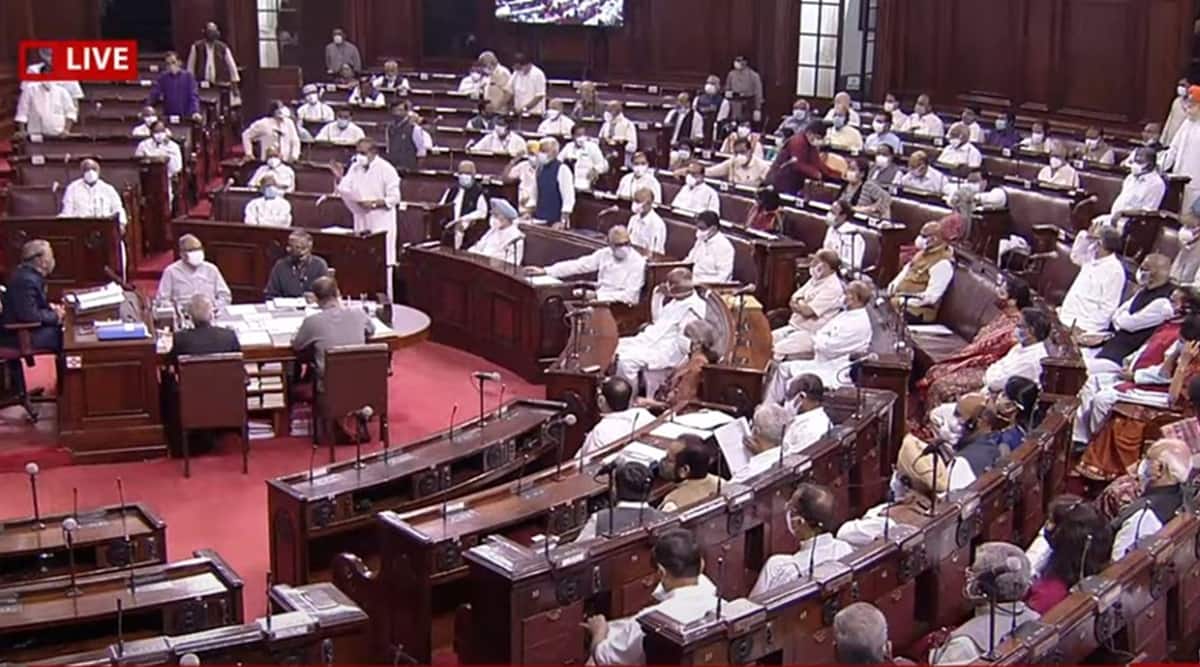 While some opposition MPs belonging to the Trinamool Congress staged a protest over the Pegasus scandal in front of Parliament House earlier in the day, Congress members have given multiple adjournment motion notices in the Lok Sabha and notices for discussion in the Rajya Sabha in this regard.

Congress leader KC Venugopal has given a notice under Rule 267 in Rajya Sabha to suspend the business and discuss the alleged usage of Pegasus spyware by the government, party MPs Gaurav Gogoi and Hibi Eden gave adjournment notices in the Lower House.

Stating that democracy is in crisis, Eden’s notice says: “There are eyes and ears snooping us everywhere. Even those holding high offices of the government, several senior Opposition leaders, constitutional authorities, reporters, and activists are being spied on and their personal conversations are being watched, monitored, and transferred to unknown locations and people. This poses a grave problem to the unity and integrity of India and is a high concern for national security. This grave crisis of snooping into our citizens’ private life goes against the basic ethos of our Constitution whereby the fundamental right to privacy is being violated. I request the government to constitute an inquiry into the allegations of Pegasus spying on the citizens of our country”

Speaker Om Birla will decide on the notices.