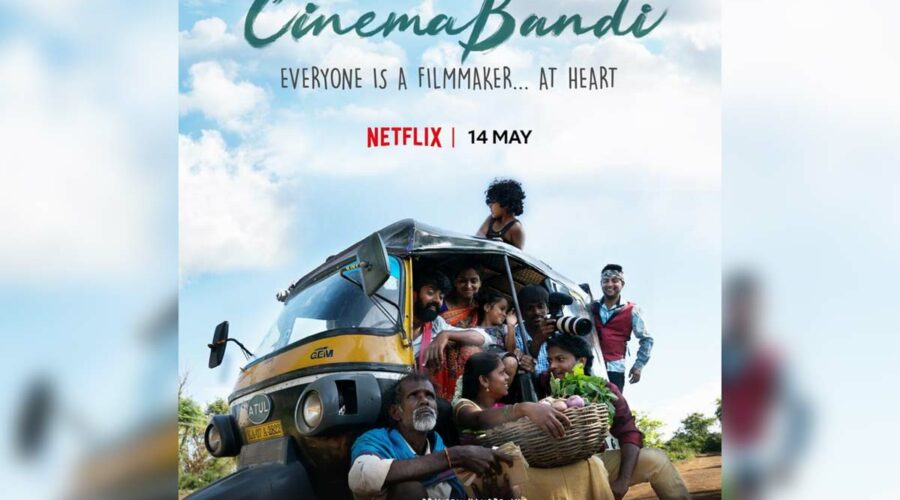 Bollywood directors duo Raj  and  DK are coming up with a straight Telugu film  titled Cinema Bandi after a long time.  According to the latest update, the movie  Cinema Bandi will be premiered from 14th May on Netflix. Today the makers of Cinema Bandi released a trailer, which tells the story of an auto rickshaw driver  who finds a bag in his three wheeler and when he opens it, he finds a camera.  But he has no knowledge how to handle it and approaches his friend .

Later he turns filmmaker and operates on the basic idea that ‘everyone is a filmmaker at heart’.  The film  set in a small village in a border town between Andhra Pradesh and Karnataka.

The trailer also shows that the original owners of the camera are looking for it, determined to go back with the camera. On the other hand, the amateur crew continues to work together on a film and they  believe  that they will save their drought stricken village.

04/30/2021 India Comments Off on Cinema Bandi trailer review, the movie to premier on 14th May on Netflix
India