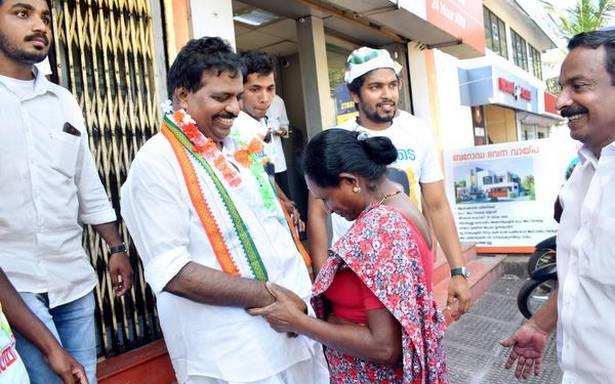 Assembly Speaker M.B. Rajesh made the announcement in the Assembly on Tuesday as the Congress-led United Democratic Front decided not to field any candidate for the post. Left Democratic Front (LDF) had fielded Mr. Gopakumar for the post and he had filed the nomination on Monday. The elections were scheduled from 11 a.m. on June 1.

Mr. Gopakumar succeeds V. Sasi, also from CPI, who was the Deputy Speaker of the 14th Kerala Legislative Assembly. He is the eight Deputy Speaker to be elected unopposed in the history of the Kerala Assembly.

Mr. Gopakumar, 55, was elected from Adoor Assembly constituency in the April 6 elections and had been a legislator since 2011 representing the same constituency. A member of the CPI State council, he made his political entry through All Indian Students’ Federation (AISF), the students’ wing of the CPI.

He later became the AISF State committee member. He served as the Kollam district secretary of the All Indian Trade Union Congress (AITUC), the labour wing of the CPI, and Karshaka Thozhilali Union. He was also the chairman of Kerala Agriculture Workers’ Welfare Fund Board and president of Kottarakkara grama panchayat.