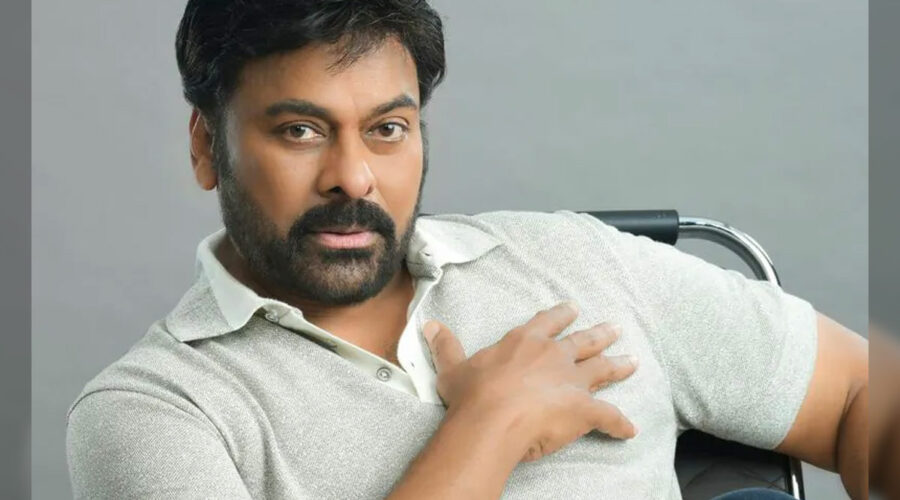 On the occasion of Chiranjeevi’ 66th birthday, the title of his next film with director Meher Ramesh was announced and the  first glimpse was unveiled by  Telugu superstar Mahesh Babu.  The movie is titled Bhola Shankar and it will be produced by Anil Sunkara. This is the first collaboration between Chiranjeevi and Meher Ramesh. Bhola Shankar is the remake of Tamil hit Vedhalam in which Thala Ajith played the lead role. The film has sister sentiment and  National award winning actress Keerthi Suresh has been roped in and she is playing the role of Chiranjeevi’ sister in the film.  Now according to  the latest buzz in the film industry,   Meher Ramesh’ Bhola Shankar will show megastar Chiranjeevi in two different looks.

In one of the look, Chiranjeevi will be sporting a tonsured head and the other look also will give shock to everyone. Meher Ramesh is maintaining utmost secrecy over it and taking care that it will not be revealed. Divi Vadthya of Bigg Boss fame is on the board and she is playing a powerful police officer.

On the otherside, Chiranjeevi is currently working with Koratala Siva for upcoming Telugu  movie Acharya in which he is sharing the screen space with  Kajal Aggarwal.