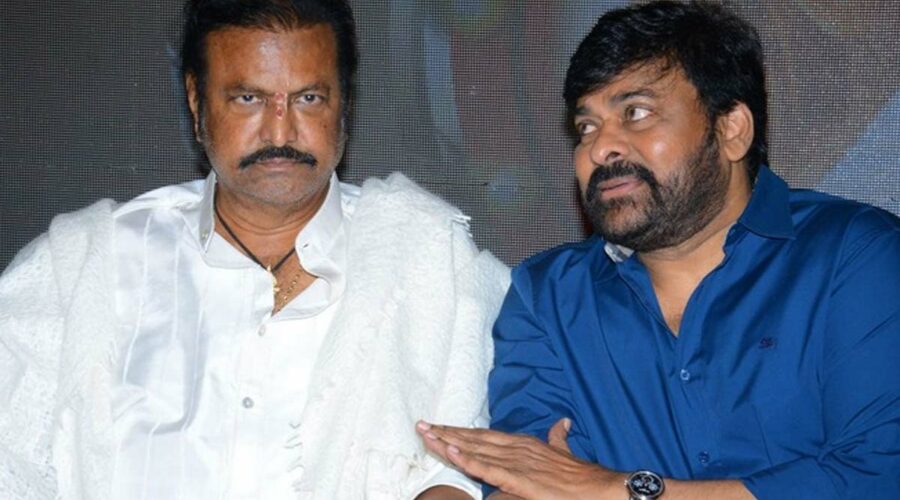 Recently there was a strong buzz in the Tollywood that  Mohan Babu is very annoyed that Chiranjeevi refused to support his son actor and producer Vishnu Manchu’ candidature for Movie Artists Association – president post.  It was also heard that when Mohan Babu called up Chiranjeevi and requested him to vote for his son Vishnu Manchu as MAA president.

Chiranjeevi said, “Sorry, I have already given my word to Prakash Raj.”  He also suggested to Mohan Babu that  Manchu Vishnu should withdraw from the race and instead contest next time and let Prakash Raj win this year.” Finally MAA elections is over and Manchu Vishnu has become the new president.

Mosagallu fame actor Manchu Vishnu defeated veteran actor Prakash Raj in Maa elections.  It is known that mega family supported Prakash Raj in the recently concluded elections. Now the reports are coming that Chiranjeevi is very upset and he asked Prabhas Raj to be silent and let Mohan Babu do the things in his own way.

The inside info is that megastar Chiranjeevi has personally called Mohan Babu, the father of Manchu Vishnu  and  informed him that he has no connection with the way Prakash Raj and his panel have been behaving.

12/29/2021 India Comments Off on Chiranjeevi calls Mohan Babu to inform, he has no connection with Prakash Raj
India