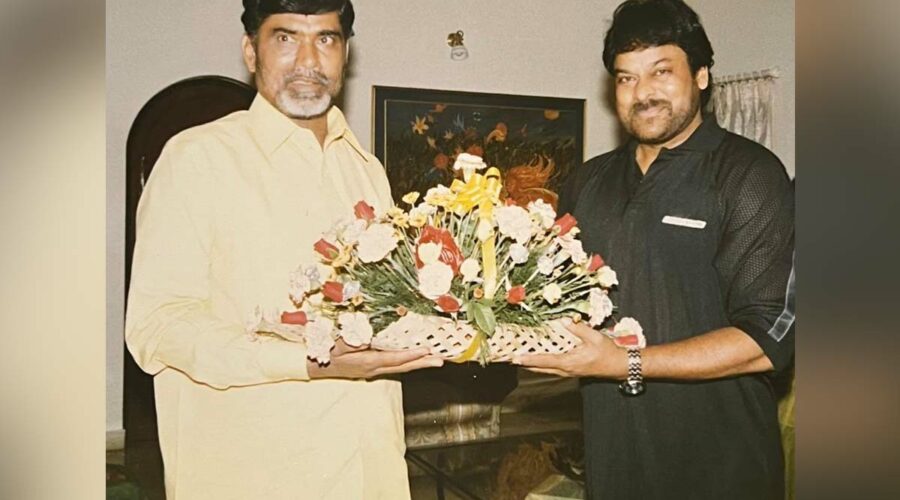 The former Chief Minister of Andhra Pradesh Nara Chandra Babu Naidu is celebrating his birthday today on 20th April. On the occasion Chandra Babu Naidu‘ birthday,  Megastar Chiranjeevi has conveyed special wishes to the ace politician.  Acharya star wrote in Telugu  that translate into English: Happy Birthday to Shri Nara Chandrababu Naidu  NCBN. they always be in perfect health, I pray to God to bless me like that.

It is known that Sye Raa Narasimha Reddy fame Chiranjeevi had launched his own political party and contested elections against CBN’s TDP in the year  2009. But later, he had merged his party into Indian National Congress .

Interesting Facts  about Chandra Babu Naidu: At the age of 28, NCBN was elected as the state’s youngest assembly member and minister. TDP, led by Naidu, won a majority in the state legislature by securing 185 of 294 seats in the Assembly and 29 of 42 in 1999 general election, making it the 2nd largest party in the BJP-led NDA coalition government. In 2003 Chandrababu Nadiu  escaped an assassination attempt during a land-mine blast.

In 2014, after Telangana state was carved out from United Andhra Pradesh,  Chandra Babu Naidu became the chief minister. Currently YS Jagan Mohan Reddy is the CM of AP.

On the work front, Chiranjeevi is waiting for the release of Koratala Siva’ magnum opus Acharya.