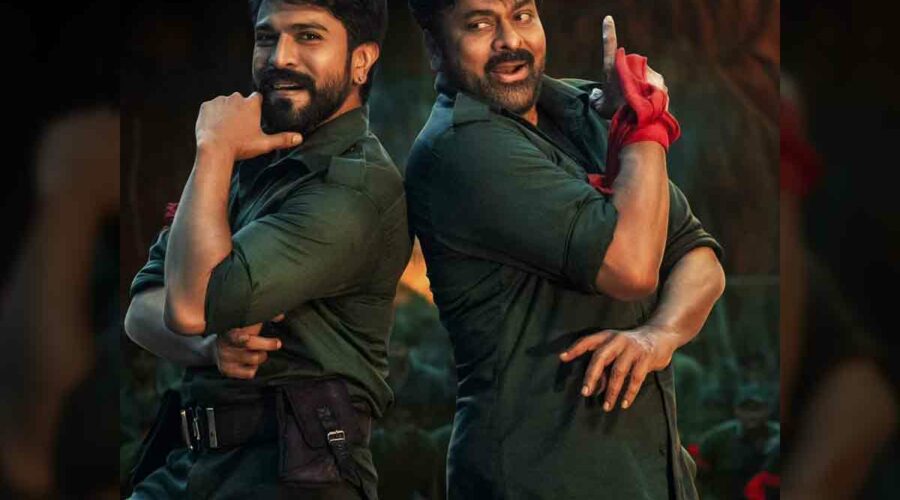 Megastar Chiranjeevi took to his Twitter to thank Telugu superstar Mahesh Babu for lending the voice for upcoming Telugu film Acharya, he wrote on Twitter, Dearest  Mahesh Babu Delighted to have you introduce Padaghattam in your endearing voice in Acharya. Thank you for becoming a part of the film in a very special way!! I am sure fans and audiences will be just as thrilled to hear you as much as Ram Charan & I loved it!

We have already reported that Mahesh Babu has given a voiceover for Koratala Siva magnum opus Acharya which is bringing father and son duo- Chiranjeevi and Ram Charan together on the screen. The much hyped big budget movie also has Kajal Aggarwal and Pooja Hegde.

Mahesh Babu’ fantastic narration will make the social drama even more spectacular. Well, this is not the first time that Mahesh Babu did something like this. Previously, he lent his voice to Power Star Pawan Kalyan starrer Jalsa and Jr NTR starrer Baadshah and both the movies were blockbusters.

On the other side, Mahesh Babu is working with Parasuram Petla for Sarkaru Vaari Paata which is  slated for release on 12th May. The film will see National award winning actress Keerthy Suresh as his co-star and the makers will release a third single soon.