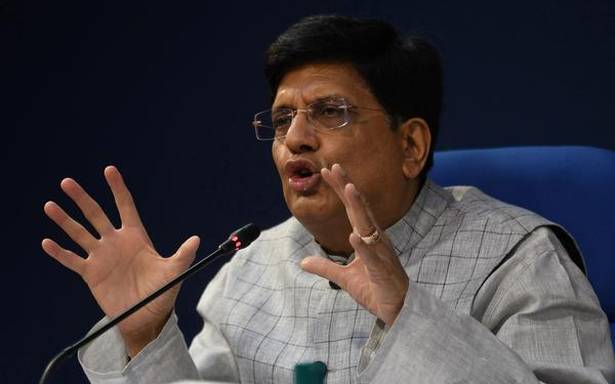 The Supply Chain Resilience Initiative (SCRI) formally launched on Tuesday by the Trade Ministers of India, Japan and Australia brought a wary response from China, which has described the effort as ‘unrealistic’.

Piyush Goyal, Minister for Commerce and Industry, launched the SCRI along with Dan Tehan, Australia’s Minister for Trade, Tourism and Investment, and Hiroshi Kajiyama, Japan’s Minister for Economy, Trade and Industry. The three sides agreed the pandemic “revealed supply chain vulnerabilities globally and in the region” and “noted the importance of risk management and continuity plans in order to avoid supply chain disruptions”.

Some of the joint measures they are considering include supporting the enhanced utilisation of digital technology and trade and investment diversification, which is seen as being aimed at reducing their reliance on China. “The SCRI aims to create a virtuous cycle of enhancing supply chain resilience with a view to eventually attaining strong, sustainable, balanced and inclusive growth in the region,” a statement said.

China’s Foreign Ministry on Wednesday described the move as ‘unrealistic’. “The formation and development of global industrial and supply chains are determined by market forces and companies choices,” spokesperson Zhao Lijian said.

The Hindu Explains | Why has Japan mooted the Supply Chain Resilience Initiative?

“Artificial industrial ‘transfer’ is an unrealistic approach that goes against the economic laws and can neither solve domestic problems nor do anything good to the stability of the global industrial and supply chains, or to the stable recovery of the world economy.”

Mr. Zhao said China hoped that amid the epidemic, “parties concerned will cherish the hard-won outcomes of international cooperation in the fight against the epidemic” and “act in ways conducive to enhancing mutual trust and cooperation, so as to jointly ensure the global industrial and supply chains stable and unimpeded”.