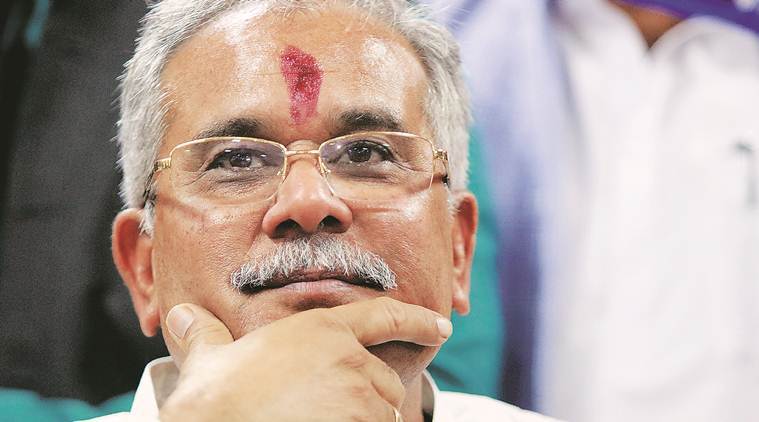 Kanak Tiwari, a 78-year-old senior lawyer and Congressman, who was replaced by Satish Chandra Verma, met Governor in-charge Anandiben Patel and apprised her of his point of view. THE CONTROVERSY over the appointment of a new Advocate General by the Congress government in Chhattisgarh, with his predecessor insisting that he has not resigned, continued for the second day on Sunday.

Kanak Tiwari, a 78-year-old senior lawyer and Congressman, who was replaced by Satish Chandra Verma, met Governor in-charge Anandiben Patel and apprised her of his point of view. The meeting came on a day when both the BJP and Janata Congress Chhattisgarh (Jogi) (JCCJ) continued their attack on the Congress.

On Friday night, Chief Minister Bhupesh Baghel had said that the government received a resignation from Tiwari, and that a replacement had been identified. Even as Tiwari insisted on public platforms that he had done no such thing, the government issued an order late on Friday night, with the Governor’s approval, that Tiwari had been replaced by Satish Chandra Verma, known to be close to Baghel.

Tiwari then alleged that this situation had developed after he had advised the government against undue haste in cases against the previous government, which have seen setbacks in the High Court.

On Sunday, Tiwari said that if any action is taken by a government against the stature and constitutionality of the position of the Advocate General, he cannot support it. He said that he had apprised the Governor of the facts of the case and submitted a petition to her. He also said that the position of the Advocate General should not be used to humiliate an elder statesman and appoint a much junior lawyer.

Meanwhile, even as the BJP kept up its attack on the Congress, calling it “jungle raj”, Amit Jogi of the JCCJ wrote a 17-point letter to Congress president Rahul Gandhi. Pointing to examples from an alleged social media account of Satish Chandra Verma that has been deleted, he said that his opinions over the past five years were clearly “anti-Congress” and against the “Nehru Gandhi parivar”. “I have written to the Congress president to ask him to clarify that by appointing a person with such views as Advocate General, is Chhattisgarh still a state which lives under the rule of Gandhi, or has it turned into one where Godse rules?” Jogi said.