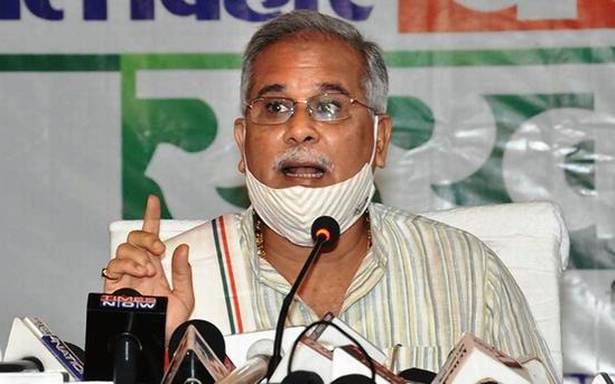 Expertise of institutions like IIT, IIIT, IIM and NIIT will be leveraged, says CM Baghel

The Chhattisgarh government has decided to set up an employment mission headed by Chief Minister Bhupesh Baghel to create around 15 lakh job opportunities in the State in the next five years, an official said on Saturday.

The Chhattisgarh Rojgar Mission, headed by the Chief Minister, will have Chief Secretary Amitabh Jain and Principal Secretary Alok Shukla as the vice chairman and chief executive officer (CEO) respectively, the official said.

Apart from this, the managing director of the State’s Minor Forest Produce Federation and other senior officers will be its members, he said.

“Around 12-15 lakh employment opportunities will be created in the state through the mission in the next five years," an official release stated.

In the last three years (of the Congress government), several innovative programmes were introduced to create employment opportunities, and this has improved the income and standard of living of the people, the release said.

01/15/2022 India Comments Off on Chhattisgarh govt. to set up employment mission to create 15 lakh job opportunities in five years
India