The top court had directed the prior-allottees of 42 coal blocks, including eight falling within the territorial jurisdiction of Chhattisgarh, to pay ₹295 per metric ton of coal extracted as an “additional levy” for the loss caused to the public exchequer.

The Congress-ruled Chhattisgarh government has moved the Supreme Court against the Centre seeking ₹ 4169.86 crore along with 24 % interest deposited by coal block allottees as "additional levy" in compliance with the top court order.

The Chhattisgarh government has filed an original suit under Article 131 of the Constitution which empowers a State to directly move the apex court in matters of dispute against the Centre.

The top court in its order dated August 25, 2014 had declared the entire coal block allocations done by the Centre between July 14, 1993 and March 31, 2011 as illegal and arbitrary and on September 24, 2014 had ordered cancellation of 42 coal blocks but said it will take effect only from March 31, 2015, since the coal blocks were still being mined and thereafter Coal India Ltd. would take over the said mines.

The top court had directed the prior-allottees of these 42 coal blocks, including eight falling within the territorial jurisdiction of Chhattisgarh, to pay ₹295 per metric ton of coal extracted as an "additional levy" for the loss caused to the public exchequer.

"As far as these eight coal blocks are concerned, the defendant (central government) is legally obligated to transfer to the plaintiff (Chhattisgarh government) any additional levy collected by it (Rs 4169.86 crore) along with interest at the rate of 24 per cent till the date of realisation, which the defendant has failed to do despite repeated reminders by the plaintiff," the suit filed through standing counsel Sumeer Sodhi said.

Referring to the provisions of Mines and Minerals (Development and Regulation) Act, 1957 and the 2017 verdict of the top court in Common Cause versus Union of India on States power to recover rent, royalty or tax, the State government said that the Centre continues to retain the funds, which has been deposited and has failed to duly pass it on to it.

"This suit seeks a direction to the defendant that the said funds along with interest as 24 per cent be transferred forthwith to the account of the plaintiff state," the State government said.

It stated that the word "additional" in the September 24, 2014 order itself signifies that levy was meant to be in addition to what was being already charged from the prior-allottees.

"Hence, the same was to be paid to the authority that was hitherto entitled to royalty/ dead rents or payment of whatever nature under the relevant legal provisions. As far as coal blocks situated within the State of Chhattisgarh are concerned, the said authority is the plaintiff-state," the State government said.

It further said that since the additional levy was described by this court as compensatory in nature, it is the plaintiff-State that has suffered loss due to the illegal allocations and the law, equity and reason demand that the compensation flow to the paintiff-State.

The suit further referred to the requests and letters written to the Centre repeatedly by the successive governments in the State since then, seeking transfer of the additional levy collected by the Union government.

It said that the Centre in its letter dated on August 27, 2015 had informed the State government that it has collected the amount as "additional levy" in terms of provisions of the Coal Mines (Special Provisions) Act, 2015 read with Rule 18 of the Coal Mines (Special Provision) Rules 2014 and the prior allottees had deposited the amount with it under the said provisions.

It added that in view of the repeated letters and requests of the State, a meeting was held on July 31, 2020 attended by the Chief Minister of Chhattisgarh as well as the Union minister of Coal among other high-ranking officials.

"The issue of non-transferring of the amounts collected as ‘additional levy’ was discussed in the meeting. The Union minister of coal agreed that the said amount ought to be transferred to the plaintiff, and in that regard assured the plaintiff that the amounts collected as ‘additional levy’ have been kept in a separate account and a petition has been filed before this court for deciding the rightful beneficiary of the amounts so collected. However, upon making inquiries, the plaintiff came to know that no such petition had been filed," it said.

The State government said that since December 26, 2014, the Centre has collected and misappropriated the amount of ₹4169.86 crore legally owed to the State along with 24 % interest.

The suit said that mines and minerals are owned by the State in which they are found, and it is for this reason, the State is entitled to collect dead rent/royalties for mining operations from the allottees of the mines.

"It was on account of the illegal allocation of mines by the central government that the state suffered a loss, and therefore this court imposed an amount of Rs 295 per metric tonne as additional levy on the prior allottees,” it said.

Last year on January 15, the Chhattisgarh government had moved the top court seeking to declare the National Investigation Agency Act, 2008 as unconstitutional. The suit is pending adjudication. 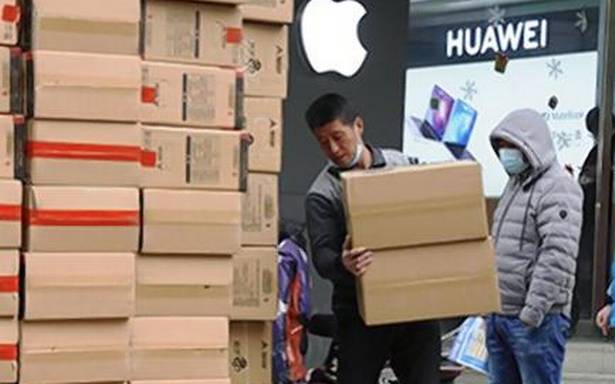