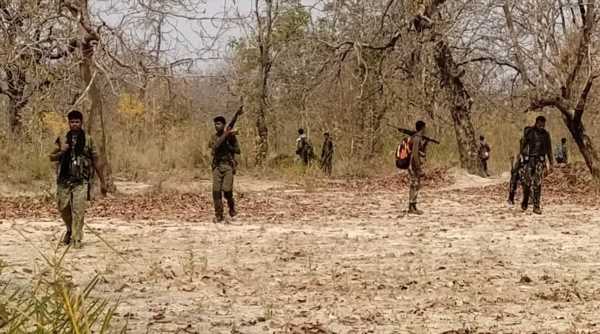 On April 2, more than 2000 personnel from at least five camps in Sukma and Bijapur had gone into the forest around Tarrem in Bijapur district, 60 km from the district headquarters. Bodies of 17 jawans were recovered on Sunday from the site of an encounter between security forces and Maoists in Chhattisgarh’s Bijapur, taking the death toll in Saturday’s clash to 22, Bijapur Superintendent of Police confirmed. Five security personnel were killed in action. One jawan is still missing, Bijapur Superintendent of Police confirmed.

On April 2, more than 2000 personnel from at least five camps in Sukma and Bijapur had gone into the forest around Tarrem in Bijapur district, 60 km from the district headquarters. Personnel belonging to the Central Reserve Police Force (CRPF), its elite unit CoBRA (Commando Battalion for Resolute Action), the District Reserve Guard (DRG) and the Special Task Force (STF) were involved in the operation launched from five places – Tarrem, Usoor and Pamed (in Bijapur), and Minpa and Narsapuram (in Sukma). The operation was mounted against Battalion No. 1 Area Commander Hidma, one of the most dreaded and wanted Maoists. He has been responsible, the police said, for several attacks against security forces. Sources believe Hidma was “actively present” in the area and his team was responsible for the attack Saturday.

Officials said security personnel were trapped in an ambush while returning from the operation. Saturday’s encounter comes 10 days after five DRG personnel were killed when Naxals blew up their bus with an IED in Narayanpur district.

Earlier, Shah said in a tweet that the valour of the security personnel who laid down their lives fighting the extremists will never be forgotten.

Shah also said the government will continue its fight against such enemies of peace and progress.

“I bow to the sacrifices of our brave security personnel martyred while fighting Maoists in Chhattisgarh. Nation will never forget their valour. My condolences are with their families. We will continue our fight against these enemies of peace & progress. May injured recover soon,” he said in a tweet.

“The killing of the security personnel while battling Maoist insurgency in Chhattisgarh is a matter of deep anguish. My condolences to the bereaved families. The nation shares their pain and will never forget this sacrifice,” President Kovind tweeted. Congress leader Rahul Gandhi demanded “decisive action to locate & rescue the missing Jawans.”

Later in the day, CM Baghel said the morale of jawans was high and the operation against Naxals would continue. Talking to reporters at Raipur airport after returning from Assam, Baghel said the Maoists were “fighting their last battle and will be eliminated very soon”.

“Morale of our security forces is high and they are giving a strong fight to Naxals in their den. In Saturday’s encounter, Naxals have suffered a huge loss. The area where the skirmish took place is considered a bastion of Naxals and we had planned to set up a camp of security forces there. Therefore, they (Maoists) were frustrated,” Baghel was quoted by PTI as saying.