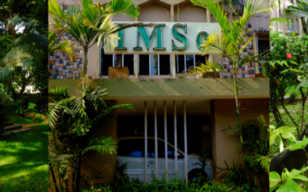 From a small beginning, it has grown to 52 faculty members, 125 PhD students

The Institute of Mathematical Sciences (IMSc), Chennai came into the 60th year of its existence on January 3 this year. Speaking at the celebratory, part-online event organised by the faculty, V. Ravindran, Director of the IMSc, said that since its inception, 295 PhDs had been awarded to students. From its beginning as a small institute of about a dozen faculty, it has grown to 52 faculty members, 125 PhD students and 35 post-doctoral Fellows.

On January 3, 1962, Matscience was founded in Chennai by Alladi Krishnaswamy. Nobel Laureate Subrahmanyam Chandrasekhar gave the inaugural lecture that sparked off its journey. The initial years saw the visits of many stellar personalities such as physicists Hans Bethe and Murray Gellman, however, the faculty strength remained small. In the words of the institute’s former joint Director, G. Rajasekaran, the institution had a rebirth in 1984, when the Department of Atomic Energy (DAE) took charge and the years 1984-1988 saw a quick growth when the faculty strength doubled and number of students increased rapidly. In 1986, computer scientist P.S. Thiagarajan and several other computer scientists joined to start the institute’s Theoretical Computer Science division.

There was a short period of turmoil in 1989 during which C.S. Seshadri left the institute with a group of mathematicians and computer scientists to start what has now become Chennai Mathematical Institute; physicists Saurabh Rindani and Anjan Joshipura also left to found the High Energy Physics division at Physical Research Laboratory.

The initial hiccup did not last and the year 1990, with the appointment of R. Ramachandran as director, saw the institute gain strength again, with new students and faculty joining. Since then, there have been three directors — mathematician R. Balasubramanian, computer scientist V. Arvind and now, physicist, Prof. Ravindran.

Speaking at the event, through an online link, Prof. Ravindran announced two schemes for public outreach to be established this year: One, the setting up of a centre for science communication and mathematics education, for which the DAE has granted support for three years and which is to be located permanently at the IMSc; second, a series of heritage talks — to be delivered by eminent scientists and which will focus on the heritage of science in modern day India, with a slant on Tamil Nadu and Chennai in particular.

Throughout its formative and growth years, the IMSc has had a strong tradition of outreach. Science at the Sabha and the national science day celebrations with science activity are known. All its directors have also consistently encouraged the grooming and mentorship of college teachers, and school and college students on its campus.

R. Ramanujam, who was with the Theoretical Computer Science group, said, “At the IMSc, we have organised workshops for high school, higher secondary students and undergraduate, postgraduate, and also polytechnic teachers. There has been the need for a dedicated plan and platform like the Centre for Science Communication and Math Education.” He added that while as a scientist, to communicate, you could at the most teach a handful of students, if you took to teacher education and mentorship, you could reach out far more effectively. “It also breaches the compartmentalised approach of our education system. It’s so inspiring for the teachers to interact with scientists at the IMSc,” he said.

Scientists from the institute have been involved in writing and publishing popular science articles for children in magazines named Jantar Mantar (English) and Thulir (Tamil) for over 30 years. Two special editions containing selected articles were released during the function. The institute plans several activities through the year to commemorate its 60th year.