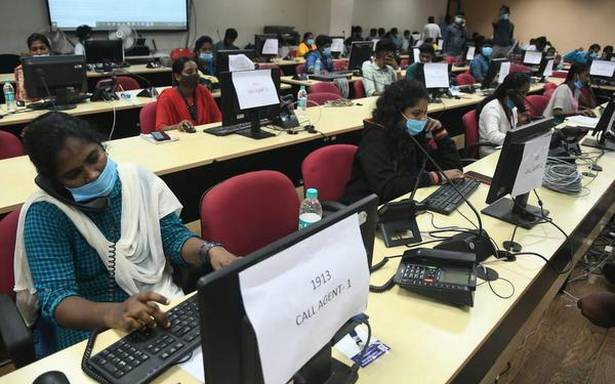 The Greater Chennai Corporation is planning to increase the number of call agents for the civic helpline 1913, to strengthen disaster response during the Northeast monsoon that is currently prevailing over the State.

On Thursday, Corporation Commissioner Gagandeep Singh Bedi inspected the 1913 call centre and control room to facilitate better response to complaints from residents in flooded areas. During the rains on Thursday, the 1913 helpline received 500 complaints. The largest number of complaints on a single day in the city was registered during the previous spell of rain, with 6,000 complaints a day.

After the onset of the Northeast monsoon this year, the Corporation has received more than 45,000 complaints from residents. The civic body has allocated dedicated call agents to address critical calls that are made during life-threatening events by residents.

Around 1% of the calls are classified as critical, with follow up done by agents every hour. The call agents have been instructed to check with residents during the closure of each complaint by officials.

Complaints made on social media and the Namma Chennai App will also be followed up by call agents after the increase in number of personnel at the call centre.