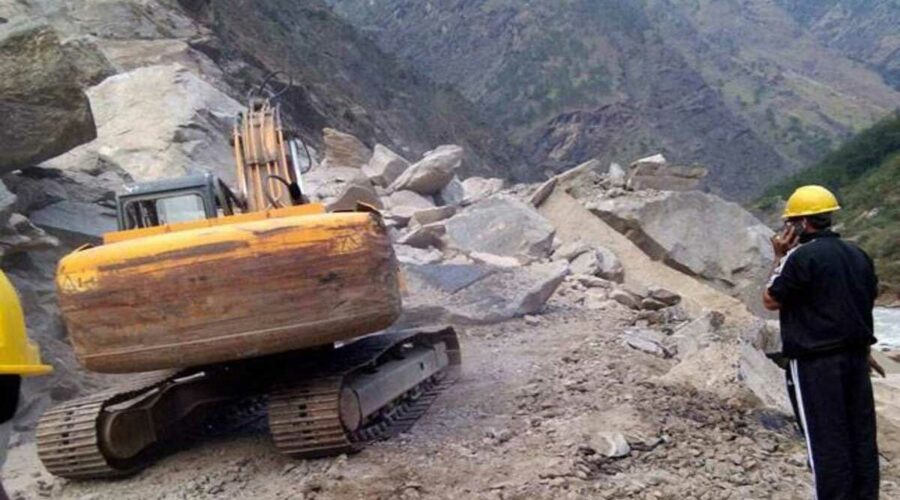 ‘From environmental impact assessment to forest clearances, this has turned out to be an unscientific road-widening project with catastrophic consequences.’

Dr C P Rajendran is one of India’s foremost experts in the study of seismo-tectonics as also the study of earthquake and tsunami geology having closely studied earthquakes across the sub-continent including the major earthquakes of Latur, Rann of Kutch and also in the central Himalayas.

An expert in the field of paleoseismology, Dr Rajendran, who is at the Indian Institute of Science in Bengaluru, is deeply disappointed with the Supreme Court judgment on the Char Dham road project.

“Our priority should be to save a fragile ecosystem, not to make money,” Dr Rajendran tells Rediff.com‘s Senior Contributor Rashme Sehgal.

The final segment of a two-part interview:

It is a scientific fact that the Himalayas are an extremely fragile zone given to a great deal of anthropogenic activity.
With hill cutting being done in a vertical manner, basic norms of road construction have not been followed, thereby only serving to worsen the situation. Destabilising these slopes is only going to cause irreversible damage.

A mission document released by the ministry of science and technology in June 2010 has highlighted a few caveats under the heading ‘Green Road Construction’.

It says that construction of roads must fully consider the region’s environmental fragility. Thus, the government ignores its own policy framework that recommends ‘best practice’ norms for infrastructural expansion in mountain regions to minimise the impact on the mountain ecosystems and landscapes.

This is a clear case where the government ignores its own policy framework that recommends ‘best practice’ norms for infrastructural expansion in mountain regions.

The Char Dham road project is a fundamental violation of all environmental norms and conservation strategies that need to be followed in the Himalayan mountain terrains for any constructional activities. 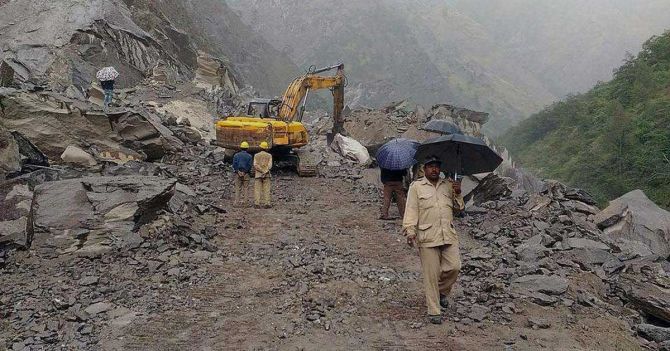 When the Supreme Court appointed high power committee, headed by well known scientist Dr Ravi Chopra, had recommended an intermediate 5.5 metre road width, why should that have not been accepted?

From environmental impact assessment to forest clearances, this has turned out to be an unscientific road-widening project with catastrophic consequences.

The high-power committee headed by a highly respected environmental scientist Dr Ravi Chopra recommended a 5.5-metre-wide road, after conducting much work on the ground collecting data. It is not clear why it was ignored and what was the necessity of creating a different committee.

Besides, there are reports after reports prepared by various groups of scientists regarding the vulnerability of the mountain slopes to landslides.

The steep gradients of the Uttarakhand Himalaya make it dynamically heterogeneous, in terms of climatic variables, hydrological processes and biodiversity and any unsustainable human interferences will only make the conditions worse.

The fundamental issue is the carrying capacity of the system.

Scientists have pointed out that the ecology around these roads including the tree cover and the grasses and shrubs that bind the soil will take 30 years to recover. And on mountain slopes where two roads have been built, the slope may never recover.

The damage will be irreversible.

The impetus seems to be to build four lane roads so that toll can be collected.

It appears that profiteering could be a motivating force. It is, after all, a question of priority.

Our priority should be to save a fragile ecosystem, not to make money.

Why is the government turning a blind eye to environmental degradation, if profit is not the motive? 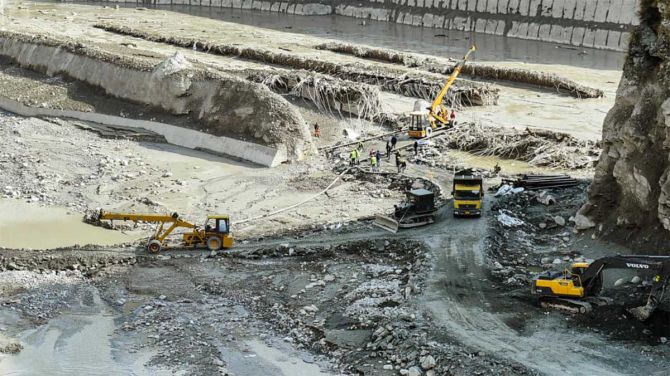 India is extremely susceptible to climate change. The Himalayas have played a key role in helping stabilise our climate and also provide us with water and other natural resources.
We are willing to jeopardise this to facilitate the military at a time when as General Rawat had pointed out that the existing roads would suffice.
Why are all these viewpoints not incorporated?

The Himalaya, with its vast green cover is an eco-service provider, is the home of the largest volume of snow and ice outside the polar regions, and the source of some of Asia’s major rivers. A key driver in regulating the Asian climate.

India has set forth an ambitious long-term climate policy in the recent COP26 meeting, proclaiming that we will reach net zero carbon emission by 2070.

To reach this long-term goal, the country must formulate short-term goals to strengthen the sustainability of ecosystems.

The Char Dham project challenges all those well-intentioned aspirations.

The Supreme Court insisted remedial measures must be monitored, but when the damage has been done at the root, then is the rest a fig leaf covering?

Yes, that appears to be fig leaf covering to mask the enormity of damage that is going to be wreaked on the environment.

What kind of remedial measures are expected to take place during the road widening work?

Substantial damage has already been done to the Himalayan ecology during the initial phase before the Court’s order of September 2020.

The committee’s report submitted to the Court documents that nearly 700 hectares of forest land have already been lost to the project, 47,043 trees felled, and the natural drainage of streams and springs blocked by muck dumping.

With the hills being cut vertically, often times without forest clearances, 11 landslides have occurred in just four months of 2020, causing deaths and injuries.

No committee would be able to stop such destruction in the future as the work progresses, which will have to be justified as part of the human engineering required to implement the project.

Given the steepness of slopes, the mass wasting processes will significantly reinforce even after the duration of the project and tenure of the monitoring committee.

12/28/2021 India Comments Off on Char Dham Highway: ‘Damage will be irreversible’
India