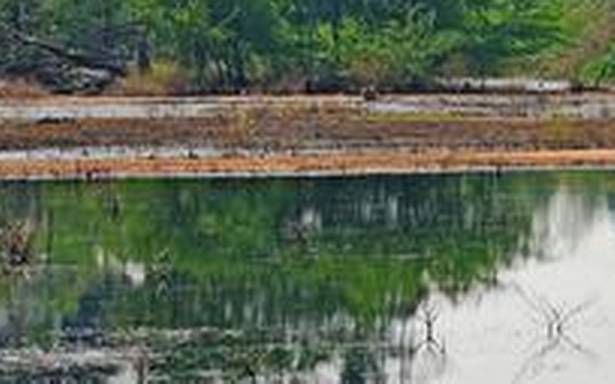 Tenders to be called after holding consultations with local residents

The Central Ground Water Board (CGWB) has given clearance to sink new borewells near the river beds of Uruvaiyar, Thennpennai and Malattar in Puducherry to address the growing demand for potable water.

“A team from the board visited the region and held discussion with officials of the Public Health wing of Public Works Department. The team also met the Chief Minister and visited the river beds. Prior to their visit, the board conducted a feasibility study and gave its nod to sink the new borewells,” Minister for Public Works K. Lakshminarayanan told The Hindu.

The board has given certain suggestions and guidelines to be followed. He said the officials were examining the report given by the expert committee from the board. Tenders would be called after holding a meeting with local residents to get their views and assess the social impact. Though, the initial plan was to sink 83 borewells, the government has decided to restrict the numbers to 50.

The wells would be sunk using funds sanctioned by the French Development Agency for augmentation of urban drinking water supply in the Union Territory. The feasibility study was conducted using ₹ 5 crore released by the bank from its total sanctioned amount of ₹ 454 crore, the Minister said.

Asked about the objections raised by environmentalists to the sinking of new borewells, he said the government was open to suggestions but was left with no other option. The Total Dissolved Solids (TDS) level of water drawn from 90% of the existing borewells was in the range of 1000-2000. The government has a responsibility to provide potable water to households, he added.

“We are equally concerned about environment as any damage will have a bearing on every person born and brought up here. The environmentalists say the alternative is to recharge ground water. But we all know how much water the available tanks could store and make an impact on the ground water table. It cannot cater to the daily needs of people. We need 90 million litres per day and the requirement is growing annually,” the Minister said.

He added that the board must have taken all facts into consideration before giving its clearance. “It is an expert body on ground water. They visited the sites where we plan to sink the wells. So, now we can go ahead with the social impact assessment by hearing the local residents’ concerns,” he added.

Mr. Lakshminarayanan said he met Union Minister of Law and Justice Kiren Rijiju, on Saturday, in New Delhi and demanded the setting up of a bench of the Madras High Court in Puducherry. “The Minister has promised to take up the issue with Prime Minister and Home Minister. He was very positive in his response,” he added.