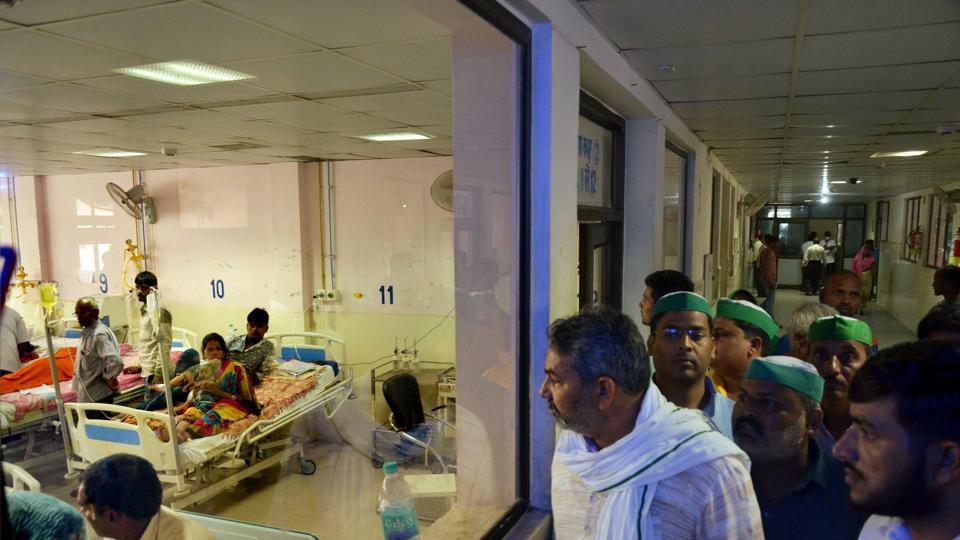 The Centre has constituted a team of multi-specialists which will visit Bihar on Wednesday to assist the state after at least 30 children died this month.

Union health minister Harsh Vardhan, who reviewed the status of Acute Encephalitis Syndrome (AES) and Japanese Encephalitis (JE) cases in Bihar on Tuesday — which was suspected to be the cause of the death — said he met state health minister Mangal Pandey a few days ago and assured him of full support and assistance by the Centre. Elaborating on the support being extended to state Vardhan said, “A multi-specialist high-level team has been constituted by the ministry which will reach Bihar on Wednesday.”

Meanwhile, two more children succumbed to the mosquito-borne disease in Bihar’s Muzaffarpur in the past 24 hours, a senior official said.

Sunil Kumar Sahi, superintendent of the state-run Sri Krishna Medical College and Hospital (SKMCH), said that a total of 80 children suffering from high fever and convulsions have been admitted to SKMH and Kejriwal Maternity Clinic (KMC) in the past one week. “Death toll of children plagued with symptoms of AES and the JE reached to 31 so far in this season,” he said. CM Nitish Kumar, who had expressed grave concern over the death of children on Monday, said that there could be several reasons for the children getting afflicted with the diseases but the best efforts should be put in to prevent death of the innocents. He urged parents to get informed about the symptoms of the two diseases [AES & JE] and take adequate precautions. Kumar said that while situation had been good in the past two years as deaths as a result of AES and JE was minimal, 2019 has been a bad year so far as several parents lost their kids. “Perhaps, our efforts to spread awareness about the diseases have not been that effective this year so far,” he told media persons on the sidelines of a function at a hospital in Patna on Tuesday.

Health secretary Sanjay Kumar had said during chief minister’s “Jan Samvad” [public interaction] on Monday that cases of AES and JE were being reported from 222 blocks spread over 12 districts, mainly from Muzaffarpur, Sheohar, Motihari and Sitamarhi.

Later, PTI quoted officials as saying that most of the 30 children who have died this month in two hospitals in Muzaffarpur were victims of hypoglycemia and not Acute Encephalitis Syndrome (AES) as being reported in the media.