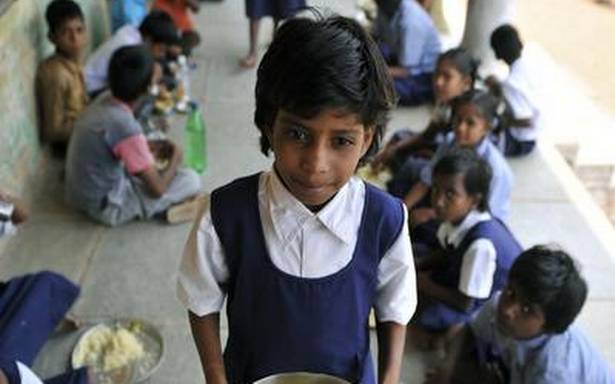 States told to integrate Ayurveda in interventions at anganwadis

The Central government has sent a detailed note to State governments on integrating AYUSH practices with various services delivered at 14 lakh anganwadi centres across the country, including delivery of supplementary nutrition and treatment of malnourished children.

In a letter written to Chief Secretaries of all States and Union Territories on February 3, the Women and Child Development (WCD) Ministry has also asked them to constitute a task force to “assess and implement” AYUSH interventions to address the issue of malnutrition.

The 10-page “Note on AYUSH Based Nutrition Support System” explains the benefits of Ayurveda in ensuring holistic nutrition, and recommends the AYUSH (Ayurveda, Unani, Siddha, Homeopathy) system of medicine for fighting anaemia, improving immunity, treating lifestyle disorders and malnutrition. The note states that while the Ministry of Health and Family Welfare has issued detailed guidelines on treatment of severe acute malnourished children, Ministries of WCD and AYUSH will oversee mild and moderate forms of malnutrition.

Anganwadi centres are an important platform in the government’s fight against malnutrition. According to the latest findings of the National Family Health Survey-5, levels of malnutrition have either stagnated or worsened between 2016 and 2019.

The WCD Ministry recommends Ayurvedic medicines as a substitute to vitamin and iron supplements.

It says, “although the supplements have nutritional value, there are certain limitations in providing the expected result in overcoming malnutrition. The primary reason behind this problem seems to be the lack of community involvement and not utilising the traditional nutritional diets practised in the community and rooted in local culture and holistic health traditions,” adding that they are also not easily absorbed by the body.

A pilot programme will be conducted at 10,000 anganwadi centres to test efficacy of AYUSH nutritional supplements.

To implement this effectively, the Centre aims to connect 734 colleges of Ayurveda, Unani, Siddha and Homeopathy and nearly one lakh practitioners in these fields to various anganwadi centres.