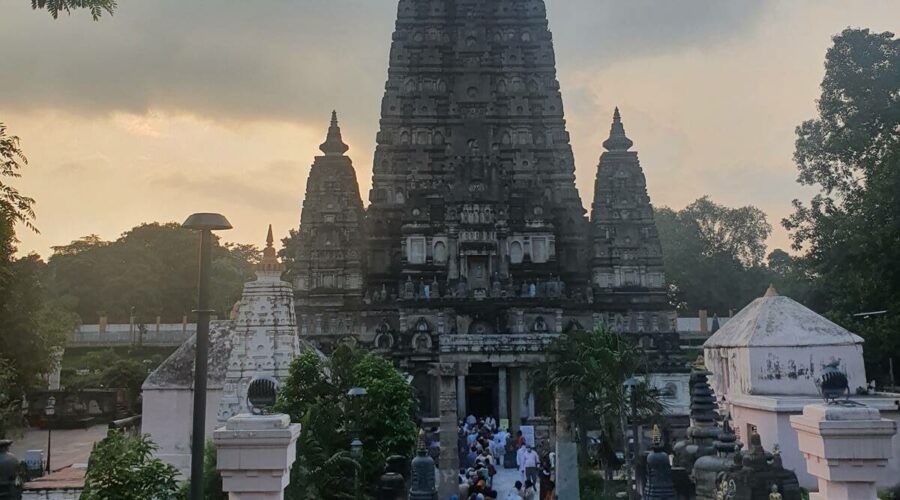 In Bihar and Uttar Pradesh, the plan is to further develop the sites of Bodh Gaya, Nalanda, Rajgir, Viashali, Sarnath, Shravasti, Kushinagar, Kaushambi, Sankisa and Kapilavastu. Ever since the government announced a Buddhist Circuit project in 2016, Rs 343 crore has been sanctioned for the project under various schemes, out of which Rs 278 crore has already been released, said an official from the Ministry of Tourism.

“Under the Ministry of Tourism’s flagship Swadesh Darshan scheme, multiple projects have been undertaken in Madhya Pradesh, Bihar, Uttar Pradesh, Gujarat and Andhra Pradesh. These projects are at different stages of implementation, with the government eyeing a completion deadline of 2022-23 for most of them,” added the official.

In Bihar and Uttar Pradesh, the plan is to further develop the sites of Bodh Gaya, Nalanda, Rajgir, Viashali, Sarnath, Shravasti, Kushinagar, Kaushambi, Sankisa and Kapilavastu. These sites currently receive approximately six per cent of nationwide foreign tourist arrivals, with Sarnath and Bodh Gaya leading the pack. The construction of a Cultural Centre at Bodh Gaya is also underway.

Under the Uttar Pradesh Buddhist Circuit of Shravasti, Kushinagar and Kapilvastu, projects have been undertaken for infrastructure development which will be completed in 2021-22. In Varanasi, two projects including a sound and light show at Dhamek Stupa and a Buddha Theme Park, Sarnath, worth Rs 9.5 crore have already been completed.

The Ministry is also working on capacity building, which includes linguistic tourist facilitator training in Thai, Japanese, Vietnamese and Chinese languages. As many as 525 people have been trained in these languages between 2018 to 2020, and 600 more will be trained between 2020 and 2023. This is especially important as 97 per cent of the world’s Buddhists are concentrated in Southeast Asia alone.

The Buddhist circuit has four international and two domestic airports, while two more in the pipeline. There are also plans of developing helicopter services and improving international connectivity under the UDAN scheme. Apart from the special Buddhist Circuit train, a total of 88 pairs of trains have been connected from Gaya to New Delhi, Kolkata, Chennai, and Varanasi.

Other stations including Prayagraj, Varanasi, Patna, Lucknow and Gorakhpur have also been upgraded. Talks are also on with domestic tour operators to sell the entire circuit to groups of travellers, rather than just the India part.

“It is surprising that while Buddhism originated in India and seven of the eight main Buddhist pilgrimage sites are in India, our country gets not even one per cent of Buddhist pilgrims in the world,” an official from the Tourism Ministry said, adding, “Southeast Asian nations such as Indonesia and Thailand are getting a major chunk of Buddhism-related tourists while India lags behind, mostly due to a lack of infrastructure and awareness. We are going to offer world-class facilities and lure many of these tourists to India, which will also add tremendously to revenue and employment generation.”

The writer was in Bodh Gaya at the invitation of the Ministry of Tourism, Government of India