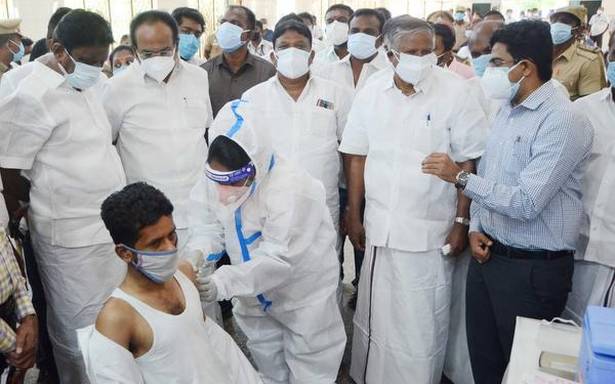 The Union government is likely to take a decision in 10 days on leasing out the Integrated Vaccine Complex in Chengalpattu to the Tamil Nadu government, Minister for Industries Thangam Thennarasu has said.

The complex, in which the Union government has invested over ₹700 crore through HLL Biotech Limited under the Ministry of Health, has been lying idle for several years. Hence, Tamil Nadu wants to use it for making COVID-19 vaccines, for the procurement of which it has floated global tenders. If this facility is handed over to Tamil Nadu with operational freedom, the State hopes to choose a private partner for starting up on production.

He said Sterlite Copper’s second oxygen plant was likely to generate 24 tonnes of medical-grade oxygen in a couple of days. This would further strengthen supplies to hospitals across the State. Oxygen generation would start at a defunct factory at the SIPCOT Industrial Promotion Centre at Gangaikondan with over 80% of the work having been completed.

The Minister reiterated that there was no shortage of vaccines which were used properly.

05/31/2021 India Comments Off on Centre likely to respond in 10 days to plea for vaccine complex lease: Thennarasu
India