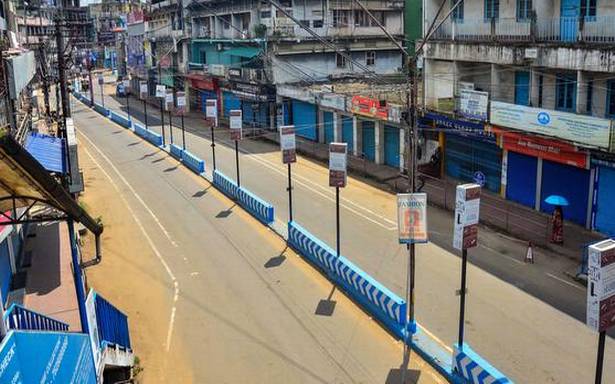 The Central government on Wednesday entered into a one-year ceasefire agreement with the National Socialist Council of Nagaland (K) Niki Group. More than 200 cadres of the outfit, with 83 weapons, have joined the peace process.

The agreed ceasefire ground rules were also signed. In a statement, the Ministry of Home Affairs (MHA) said the agreement would boost the Naga peace process, under the guidance of Union Home Minister Amit Shah, fulfilling Prime Minister Narendra Modi’s vision of an insurgency-free and prosperous northeast.

The development came days after demands were again raised by some politicians and activists for a new interlocutor, in place of Nagaland Governor R.N. Ravi, for the peace process, owing to the sharp disagreements between him and the Isak-Muivah faction of National Socialist Council of Nagaland or NSCN-IM.

The Centre has already signed a framework agreement with the NSCN-IM and ceasefire agreements with other Naga groups, the NSCN (NK), NSCN(R) and NSCN(K)-Khango.

In August 2019, the government had signed an accord with National Liberation Front of Tripura-Sabir Debbarma (NLFT-SD), under which 88 cadres along with 44 weapons joined the mainstream in Tripura.

With the signing of the Bodo Agreement in January last year, over 2,250 cadres of insurgent groups, including all factions of National Democratic Front of Boroland, along with 423 weapons and a huge quantity of ammunition, had surrendered in Assam and joined the mainstream.

On February 23, 1,040 leaders and cadres of various underground Karbi groups of Assam surrendered along with 338 weapons, which was followed by the signing of the Karbi Anglong Agreement on September 4.

In December 2020, the government had accepted the offer of Niki Sumi to revive the ceasefire agreement after he floated a new faction of NSCN-Khaplang. He was earlier removed from the Myanmar-based camp of the Khaplang faction in July 2020.

Niki Sumi is wanted by the National Investigation Agency (NIA) for alleged involvement in the attack by NSCN-Khaplang on an army convoy at Chandel in Manipur on June 4, 2015, in which 18 personnel were killed. The NIA had announced a reward of ₹10 lakh for his arrest. Following that incident, the MHA proscribed the group. Based on the NIA case, the Enforcement Directorate also attached assets worth ₹4.23 crore.

However, in view of the ongoing peace talks, the government may take a measured view on the cases against Niki Sumi.