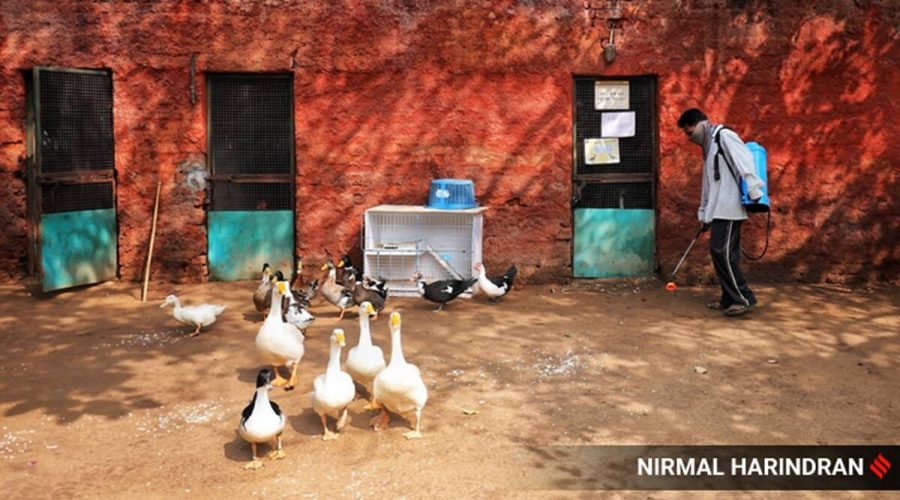 Centre has urged states that are still unaffected by the flu to keep a vigil on any unusual mortality amongst birds and to report immediately. The central government Friday confirmed bird flu in a total of six states—Kerala, Rajasthan, Madhya Pradesh, Himachal Pradesh, Haryana and Gujarat—and have asked these states to contain the disease as per the action plan.

“So far, the disease has been confirmed from six states. It is learnt that culling operations have been completed in both the affected districts of Kerala. The disinfection process is underway,” an official release issued by the Ministry of Fisheries, Animal Husbandry and Dairying stated.

The government also said that in Haryana, there has been confirmation of Avian Influenza positive samples from ICAR-NIHSAD in poultry (two poultry farms) of the Panchkula district. Positive samples have also been reported in migratory birds in Junagadh district, Gujarat, and in crows in Sawai Madhopur, Pali, Jaisalmer and Mohar districts of Rajasthan. Centre has urged states that are still unaffected by the flu to keep a vigil on any unusual mortality amongst birds and to report immediately. Teams have also been deployed to visit the affected states of Kerala, Haryana and Himachal Pradesh for monitoring and for epidemiological investigation.

The highly contagious viral disease is caused by Influenza Type A viruses which generally affects poultry birds such as chickens and turkeys. There are many strains of the virus – some of them are mild and may merely cause a low egg production or other mild symptoms among chickens, while others are severe and lethal.

Amid flu scare, around 50 birds—mostly crows— have died in the national capital over the last three to four days, officials said on Friday.

“We received information about the death of crows in Dwarka and Mayur Vihar Phase 3 and of a few wild birds in Hastsal in West Delhi. However, it is yet to be ascertained if bird flu infection is the reason,” Dr Rakesh Singh from the animal husbandry unit of the Development Department was quoted as saying by news agency PTI. 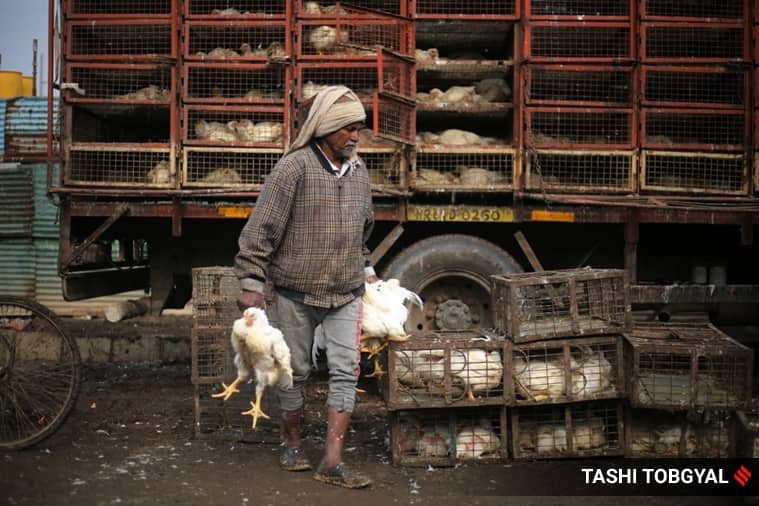 Around 50 birds have died in these areas over the last three to four days, he added.

On Thursday, Deputy Chief Minister Manish Sisodia had said that there is no case of bird flu in Delhi yet and had asked officials to keep a close watch on poultry birds coming in from neighbouring states to prevent any infection.

According to the state government, eleven rapid response teams have been set up to monitor Delhi’s potential hotspots.

Haryana: Over 1.60 lakh poultry birds to be culled in Panchkula

Haryana Agriculture minister J P Dalal Friday said that over 1.60 lakh birds of five poultry farms in Haryana’s Panchkula district will be culled as some poultry samples there have tested positive for the avian flu. 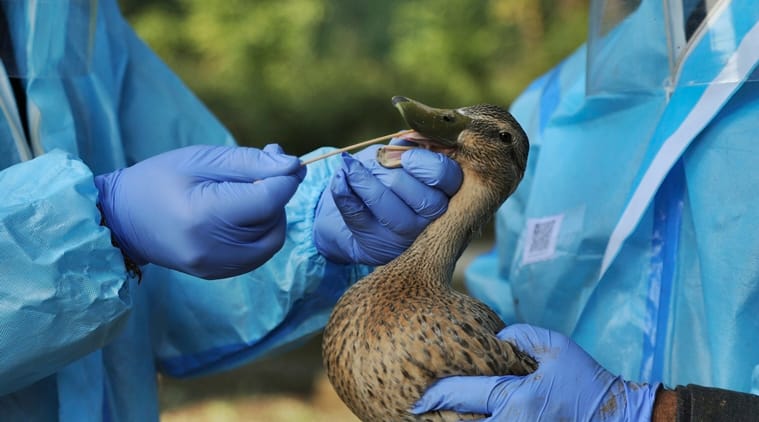 “Five poultry samples of Siddharth Poultry Farm at Raipur Rani block in Panchkula were found positive for the H5N8 strain of avian flu. It is an influenza virus,” Dalal said while talking to reporters in Chandigarh. Similarly, the samples of some birds from Nature Poultry farm at Panchkula too tested positive, he added.

Notably, over four lakh poultry birds had died at some farms in Haryana’s Panchkula district in the last few days. The district’s Barwala-Raipur Rani area is one of the largest poultry belts in the country with 70-80 lakh birds in more than 100 farms.

In the northeast, Tripura also issued an advisory to keep a strict watch for unusual sickness or mortality in poultry birds and wild or migratory birds.

“A few suspected cases of avian influenza have been recorded in Kerala, MP, Rajasthan, Haryana, Himachal Pradesh, Jharkhand and Gujarat. Keeping in view of the above, a strict vigil and action by all the departmental functionaries should be activated to prevent any possible ingress of avian influenza (HPAI) in the state of Tripura,” Animal Resources Development Department (ARDD) Director Dr K Sashi Kumar said. 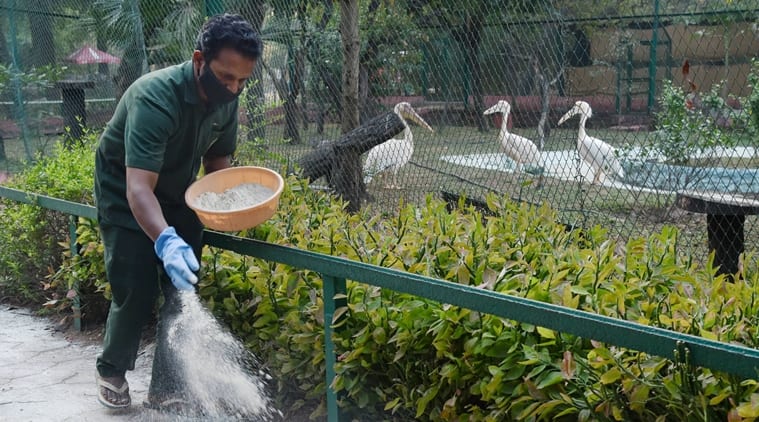 Speaking to reporters later, Kumar said that no such case or report of bird flu in Tripura has emerged. He also said that people should not panic as death of poultry birds can occur due to a number of diseases, which are curable.

The ARDD has also asked officials to prevent movement of poultry birds across the Indo-Bangla border and carry intensive surveillance across the district to report any unusual sickness or mortality of poultry birds like chicken, ducks or other wild and migratory birds.

Apart from poultry, pig farms have also been suggested to maintain required sanitation procedures with a strong viricidal disinfectant like Lugaquat-125.

As per reports, a duck farm at Dhakaibari Manipuri Basti in Sepahijala district has reported 60 unusual deaths of ducks recently. The ARDD has collected samples from the farm and processed for testing at a laboratory in Agartala.

The birds are believed to have died due to an outbreak of H5N1 avian influenza virus. Thakur said that a team of Forest and Animal Husbandry officials is working to prevent the further spread of the virus and. He also said that the government had sealed off the area around the lake and was keeping it under surveillance.

(With inputs from PTI, Debraj Deb)

01/08/2021 India Comments Off on Centre confirms bird flu in six states; over 1.60 lakh poultry birds to be culled in Haryana
TV & Movies