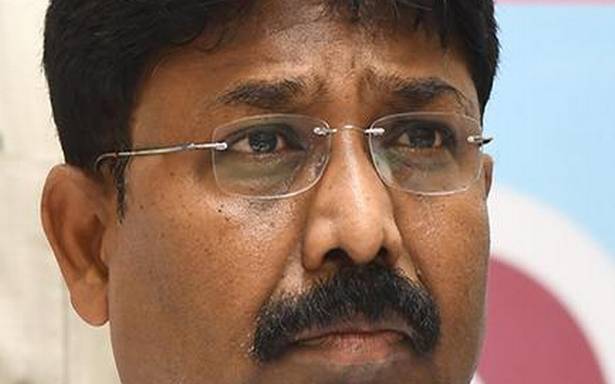 Basic education will be imparted to illiterate people above 15 years of age, says Minister

About 3,28,000 people will be taught how to read and write in a span of 40 days as part of a literacy drive ‘Padhna Likhna Abhiyaan’, Education Minister Adimulapu Suresh said here on Wednesday.

Speaking after launching the Centrally-sponsored literacy scheme at the office of the Director of School Education at Ibrahimpatnam, the Minister said that the beneficiaries of the scheme included 88,000 male and 2,40,000 females.

“The literacy programme envisaged imparting basic education to people belonging to 15 plus age group who are not literate. Staff members of village and ward secretariats will be engaged to bring the beneficiaries to schools,” said the Minister.

Chief Minister Y.S. Jagan Mohan Reddy is keen on attaining 100 percent literacy rate in the State. There is no dearth of funds for implementation of the programme, he said, adding that unlike in other States where all education-related programmes are implemented using Central funds, the YSRCP government has allocated 20 % of the total budget for development of the education sector, he said.

Mr. Suresh said efforts were being made to reduce the existing 26 % of illiteracy rate in the State to half.