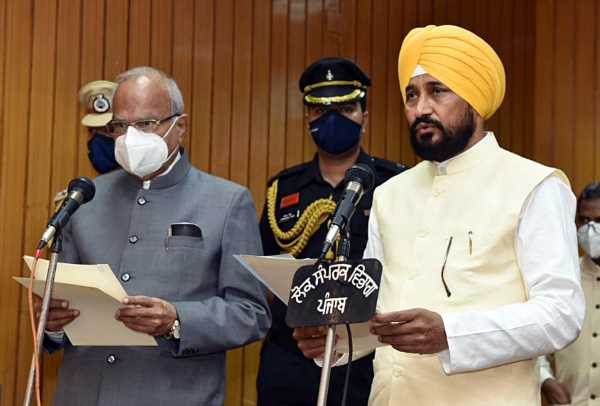 ‘If the Congress wants to keep the ship afloat, it will have to bury the differences.’

“This is the time for Sidhu to prove his statesmanship.”

Who will be the face of the Congress in the state in the next election given the factions and groups in the party?

They are buying time to respond. They will formulate and sharpen their gameplan.

If the Congress wants to keep the ship floating, they will have to bury their differences. I would say that some differences have already been buried resulting in Captain Amarinder Singh stepping down.

(Pradesh Congress Committee chief) Navjot Singh Sidhu has also agreed and there seems to be a consensus.

Do you feel Captain Amarinder Singh will leave the Congress?

If he joins another party, I doubt they will announce him as the chief ministerial candidate. That will not be possible given the anti-incumbency factor.

The Congress removed him not because they were unhappy with him, but to balance the anti-incumbency factor.

If his intention is to form a new party, I don’t think it would be advisable at this stage.

He should remain in the Congress and become a marg darshak and unite the party.

If he had a sizeable strong support in the party, the high command would not have taken this step.

However, a lot of the future depends on how the new leadership tackles the kisan-mazdoor issues.

What do you see as Sidhu’s role now?

This is the time when Sidhu has to prove his statesmanship and not only his political acumen. 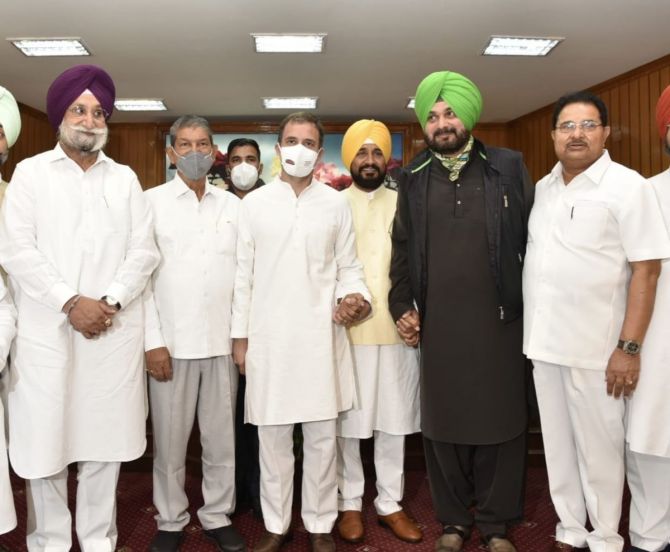 What kind of a politician is Charanjit Singh Channi? What will he bring to the government and the Congress, which is different from his predecessor?

He is different from many other politicians. He is humble.

He has been a three-time councillor before entering hardcore politics.

He was part of the Captain Amarinder Singh government as minister of technical education and industrial training, so he knows how the government functions.

He raised the point that some MLAs were not given their due and Dalits were kept aside, but at the same time he did not make these issues controversial. He managed the situation efficiently.

He has the ability to strike a rapport with different people and different views.

On the MeToo allegations, he said let the agencies investigate him.

A lot is being said about his Dalit background and his appointment is being seen as a masterstroke. Is that enough to win the election?

Dalits are one third of the total population of Punjab. Appointing a Dalit CM for the first time in the history of the state is a masterstroke. He will be able to shift votes in bulk for the Congress no doubt, but being a Dalit CM is not his only advantage.

He is equally well educated, experienced and humble.

Being Dalit is one factor, at the same time he is equally qualified.

He also has age on his side. Hence, his appeal is much wider and beyond the Dalit vote bank. His being Dalit is a plus point. What are the big challenges before Chief Minister Channi?

The view was that the captain was less accessible to his own MLAs.

Some of the crises before Channi are: The farmers’ agitation. Captain Amarinder had said that the Congress should continue to support the farmers agitation.

Captain was about to launch a programme to provide government jobs to the next of kin of 150 farmers who have lost lives in the dharna against the farm laws. He has said that the new government should continue with the programme and provide them jobs.

Contractual workers of Punjab Roadways have been protesting and demanding permanent jobs. They have intensified their agitation and the government has to deal with that as well.

The new CM will have to see to the grievances in the police department. He will have to streamline the delay in pending cases pertaining to blasphemy law and drugs etc.

Captain Amarinder had said that 1,400 posts vacant for 25 years in educational institutions would be filled.

There was often talk in bureaucratic circles and in the media that the state treasury was empty — so how will the government fulfill these pending demands?

These are the challenges of governance, but the major challenge is how will Channi keep the flock together to make a mark in the 2022 election.

In the days and months ahead, how is the change in government going to impact Opposition politics in view of the upcoming elections?

Other parties were saying that they would have a Dalit CM or deputy CM if voted to power. If that is the central point, then the Congress has already done that before the election.

The Congress has to keep this point upfront in their campaign. I think the party will fight the election under the face of a Dalit CM.