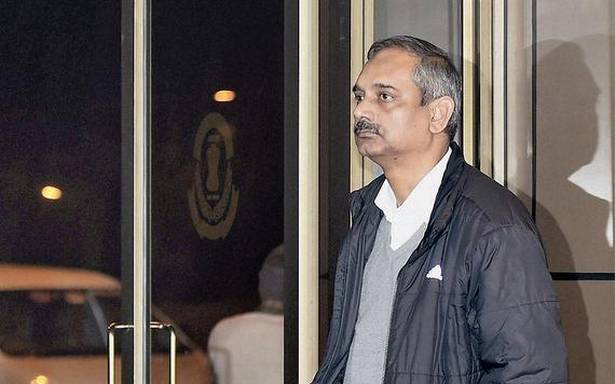 The Central Bureau of Investigation (CBI) has initiated a fact-finding inquiry into its public prosecutor’s allegation that he was assaulted by a Deputy Inspector-General (DIG) level official over the delay in framing of charges against Rajendra Kumar, former Principal Secretary to Delhi Chief Minister Arvind Kejriwal.

During a hearing before a city court on Monday in connection with the corruption charges against Mr. Kumar, prosecutor Sunil Kumar Verma alleged that the official, Raghavendra Vats, punched and strangulated him on October 9. The court has summoned Mr. Vats on the next date of hearing on October 19. Mr. Verma has also filed a complaint at Lodhi Road police station.

“A fact-finding inquiry has been initiated to verify the allegation made by the public prosecutor. Preliminary findings have revealed that the DIG in question, well before October 9 when the purported incident took place, had complained against the prosecutor to the officials concerned about his behaviour,” said an agency official.

In December 2016, the CBI filed a charge sheet against Mr. Kumar, a 1989-batch Indian Administrative Service official, and nine others, alleging a loss of ₹12 crore to the exchequer in the award of contracts from 2007 to 2015.